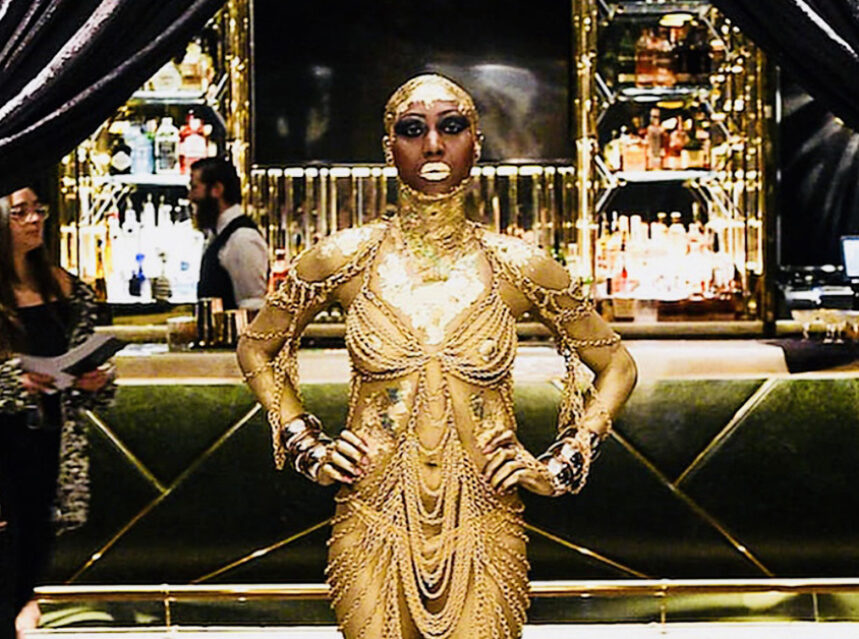 Toronto Bisha Hotel Opening – The not-to-miss party of the week was, without a doubt, the Grand Opening of Bisha Hotel. More than 1000 VIP guests and the who’s who of Toronto gathered together for the official launch party of the hotel everyone is talking about these days.

After a soft launch just before TIFF festival, half of the hotel rooms were completed and ready to accommodate guests. The highlight restaurant: Akira Back Toronto, wasn’t ready and still under construction. The hotel still operated for 2 months, and even then, was sold out almost every night.

Last Monday (November 27th), as all the restaurant outlets (4 restaurants and bars) and hotel rooms (96 rooms) were ready, the hotel threw one of the biggest and chicest opening party, inviting guests to discover their brand-new restaurant – the first-ever Canadian establishment of Michelin-star chef Akira Back – while bringing them an over-the top “journey” into one of the coolest hotel in town. Here’s a glimpse of that ultra VIP party, orchestrated by Black Mohawk Productions.

It’s important to mention that Bisha Hotel stands for the nickname of one of the owners, Toronto’s nightlight magna Charles Khabouth. It is also the first hotel of the prolific entrepreneur, who also owns numerous restaurants and bars in the city. The public hype has been continuous since the soft opening of the hotel during the TIFF. Studio Munge, a Toronto-based design firm, designed this funky boutique hotel. Also, Lenny Kravitz and his design firm, Kravitz Design, imagined the entire 7th floor. You’ll find there the two-floors Kravitz Suite and “Kravitz One King” rooms. The style is all rock and roll, pop art, audacious and opulent.

A grand opening to feature all the outlets

The visit started in the lobby, where guests were invited to enjoy a signature cocktail in the “très chic” lobby bar where velvet, fireplace and “Play Boy Mansion inspired” booths sets the tone for a sexy and speakeasy night.

Then, visitors were invited to take a sneak peak at the hotel rooms. The 96 rooms are now ready, their styles are festive and audacious, intended for : party-goers,  design junkies and travellers seeking a hotel room that is: artsy, funky and bold. Every room type (there is 10 in total) was staged  to give a sense of what room type would suit best each traveller. Some of the room staging were very interesting…

The journey led us to the rooftop restaurant and patio, KOST. It has been one of the main attractions at Bisha since the opening. Located on the 44th floor, it offers a panoramic view of the Toronto skyline. This Baja-inspired restaurant offers California-Mexican dishes and cocktails in a “Venice Beach” decor. The rooftop also features a heated pool and a large patio with unbeatable views of the CN Tower.

We then ended up at the brand-new Akira Back Toronto, who was also celebrating it’s opening. Chef Back was in town for the occasion. The restaurant, filled with geishas and Japanese-inspired decor and animations, was serving Akira’s specialities. The restaurant is a stunner and is described as one of the chicest new addresses in Toronto.

The Grand Opening ended up in style with macaroons towers and French girls at French Made Café, the coffee/pastry/lunch counter located inside Bisha Hotel.

It was certainly a night to remember. But you can now visit and see it for yourself, as it is now (completely) open to the public.