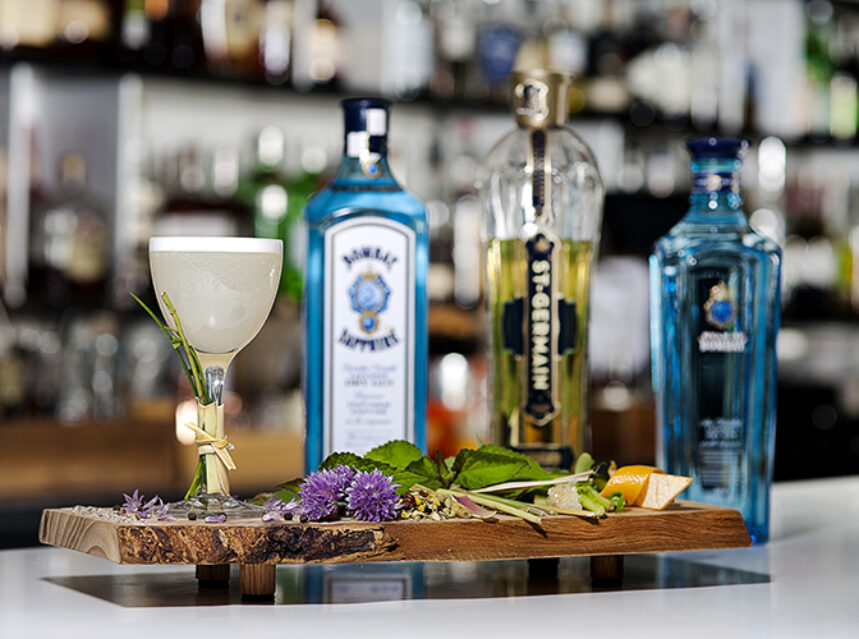 Competition runs deep through the service industry. Restaurants compete for the best food, the best presentation, and the best service. There are entire television channels dedicated to the food. But what about the best cocktails?

In recent years, bartenders with flair have had their chance to shine. One competition in particular showcases the creativity necessary to make a career behind the wood: Most Imaginative Bartender organized by the United States Bartenders’ Guild (USBG). This year, USBG’s competition is hosted by Bombay Sapphire Gin.

The USBG and Bombay are searching across North America for one bartender with a passion for cocktails, a wild imagination, and the talent to shake, mix, or pour a concoction that wows the judges.

The first rule: it must be original. Second: it must include Bombay Sapphire Gin.

Aside from Bombay, any and all ingredients are free game in this cocktail competition—provided the contestants’ drinks do not exceed 11oz and do not take more than 8 minutes to create. Longer prep times will lose points from their overall score. Competing cocktails will be judged through a standardized point system based on flavour, appearance, presentation, and overall ingenuity.

Each year local enrollment begins with contestants and judges one-on-one at their home bar. Those selected to move onto regional competitions will bring their bartending tools and recipes to their designated major city across North America. The winners from these regional competitions move on to the finals in London, England, this year at Bombay’s distillery.

Toronto is sending Chantelle Gabino from Parts & Labour; and Tyler Newsmen from LoPan.

Parts & Labour’s cocktails have been ranked as some of Toronto’s best. With plenty of time to let her creativity shine behind the bar, obviously one of Toronto’s regional contestants reigns from the hot spot. Upstairs at Parts & Labour, patrons dine at communal tables in a minimalistic space—the focus is clearly on the food and drinks. Downstairs is an alternative music venue. Throughout the venue, creative cocktails reign king.

LoPan is the cocktail bar attracting a lot of attention on the second floor of DaiLo—the place to go if you’re looking for great Asian fare. The menu includes local, sustainable ingredients with French inspirations. After dining at DaiLo, patrons head upstairs where dim sum snacks and cocktails run rampant. Tyler Newsmen from LoPan works behind the bar helping guests select from their cocktail list.

Both restaurants set the pace in their own establishments in terms of service industry creativity. It’s no surprise that they are the local qualifiers sending off their most imaginative bartenders to compete in the USBG’s cocktail competition.

The regional winners for Toronto will be selected mid-June to move on to the final round of competition in England in August. In England, The Most Imaginative Bartender will win the competition through a series of bartending challenges over the five-day trip. The Most Imaginative Bartender will receive a grand prize, a feature in GQ magazine, and a ticket to the top of the service industry.

If one of Toronto’s bartenders win, maybe their original cocktails will make an appearance on the menu of their respective establishments?

Stay tuned to see who will move on to the next round.