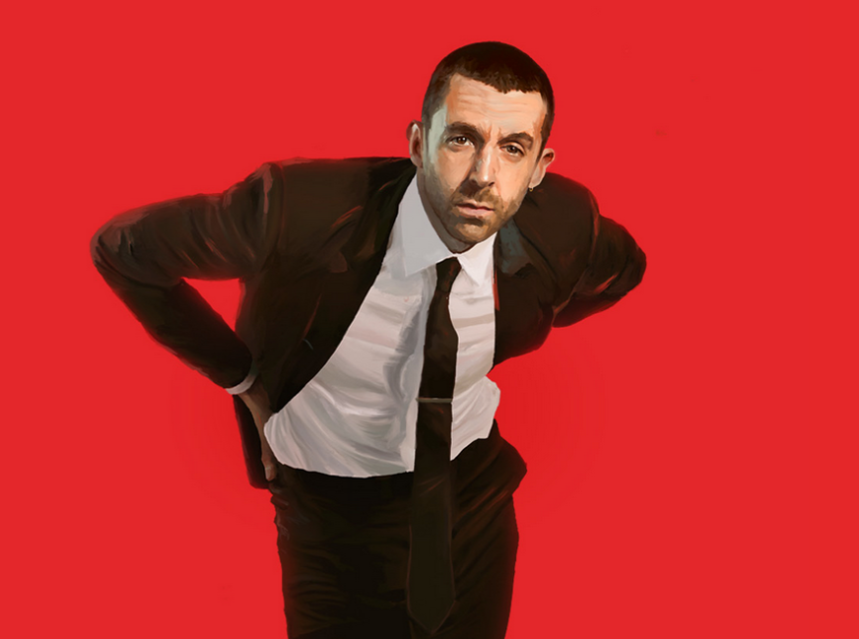 TORONTO, ON, January 21, 2022 – With his stunning new (fourth) album Change The Show out today, Miles Kane has revealed the video for the album’s anthemic, horn driven title track. The single follows ‘Nothing’s Ever Gonna Be Good Enough’, his undeniably infectious duet with Corinne Bailey Rae, which is currently playlisted on Radio 2.

Miles Kane, 35, is a popular British solo artist and also the co-frontman of The Last Shadow Puppets along with Alex Turner of Arctic Monkeys fame. Miles also fronted The Rascals as lead singer and guitarist until their breakup in 2009.

“Change The Show”, the “Diamond Dogs-era Bowie-influenced” title track for the new album was written by Miles while watching the news one morning, on the sofa, in his underpants.

“I’m not a political person, but there is so much injustice around right now,” he says. “So much bad news and negativity. I was angry. I captured that moment.”

To celebrate the release of Change The Show today, Miles is doing a very special pop-up event at Randy’s Wing Bar in Hackney, UK where he will be serving wings in his very own hot sauce and performing acoustic versions of tracks from the album, plus some old classics. Tickets for the events sold-out on the day of release. Miles’ Crispy Buffalo Sauce is also available to buy on his webstore.

Ahead of a run of exclusive acoustic in-store shows next week, Miles will be performing a special live session on Chris Evans’ Virgin Radio Breakfast show today, before an appearance on Sunday Brunch this weekend.

Known for his energetic performances and delivering blistering live shows, Miles heads out on his rescheduled 2022 tour in May. Kicking off in Brighton at the Concorde 2 on May 11th, the run of dates ends with a raucous show at London’s Roundhouse on May 31st.

Opening with the honest soft croon of ‘Tears are Falling’, Change The Show is a joyous ride from start to finish and features a surprising, but spectacular appearance from Grammy-nominated singer Corinne Bailey Rae for a duet on ‘Nothing’s Ever Gonna Be Good Enough’. It’s an album that best represents Miles himself: charmingly authentic, and like nothing else you’ll hear in pop music today.

“This album was born out of an intense period of self-reflection; having all this unexpected time on my hands,” Miles said of the last 18 months. “I wrote songs about big highs, big lows, daydreams, true friends and deep feelings. I learnt to let the future unfold of its own accord, while staying true to myself and that has led to what feels to me like a really uplifting album!”

A record for fans both new and old, Change The Show is the Miles Kane album we’ve all been waiting for. The apotheosis of his previous works, incorporating those classic rock and glam influences, but focusing more closely on Motown, soul, and Fifties R&B.