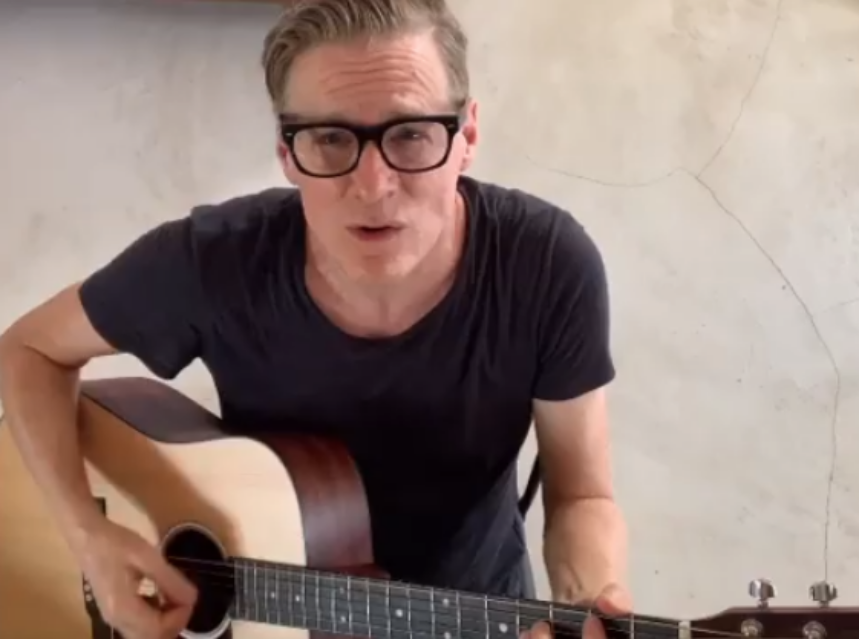 TORONTO, ON. May 12, 2020 — Angry that he had to cancel his shows at Royal Albert Hall, Canadian rocker Bryan Adams took to Instagram yesterday with an accusatory rant directed at people he called “greedy bat eaters.”

In his Instagram post featuring an acoustic performance of his huge hit “Cuts Like A Knife,” Bryan Adams said, “Tonight was supposed to be the beginning of a tenancy of gigs at the @royalalberthall, but thanks to some f—ing bat eating, wet market animal selling, virus making greedy bastards, the whole world is now on hold, not to mention the thousands that have suffered or died from this virus. My message to them other than “thanks a f—ing lot” is go vegan. To all the people missing out on our shows, I wish I could be there more than you know.”

An immediate social media backlash ensued with many people accusing the Canadian rocker of being racist, and some calling his remarks ‘un-Canadian’. While other fans defended the singer’s statement saying it was not racist and that he was merely stating facts about the possible cause of the spread of this coronavirus.

The famously vegan rock star, issued an apology on Instagram on Tuesday, saying that he has no excuse for what he said but was directing his rant at the animal cruelty that takes place in wet markets and that it is the possible source of the virus. He also said he was promoting veganism and he has a love for all people.

“Apologies to any and all that took offence to my posting yesterday,” said Adams on Instagram. “No excuse, I just wanted to have a rant about the horrible animal cruelty in these wet-markets being the possible source of the virus, and promote veganism. I have love for all people and my thoughts are with everyone dealing with this pandemic around the world.”

Bryan Adams then joked that “Into the Fire” was an appropriately titled song to share with fans along with his apology.

A few weeks previous, on April 26, Bryan Adams had also tweeted a link to an article in The Guardian that included quotes from Thomas Lovejoy, an environmental science professor blaming wet markets and the illegal wildlife trade as the cause for the pandemic.

Adams tweeted out, “We did it to ourselves’: scientist says intrusion into nature led to pandemic. (I say “go vegan” for the planet).

“This pandemic is the consequence of our persistent and excessive intrusion in nature and the vast illegal wildlife trade, and in particular, the wildlife markets, the wet markets, of south Asia and bush meat markets of Africa…” Lovejoy told The Guardian. “It’s pretty obvious, it was just a matter of time before something like this was going to happen,” said Lovejoy, a senior fellow at the United Nations Foundation and professor of environment science at George Mason University.

Meanwhile, the National Post quoted Tim Caulfield, Canadian Research Chair in Health Law and Policy, saying that Adams’ rant was not warranted as it is not 100 percent confirmed that eating bats caused the coronavirus to spread. “We don’t know that it came from a wet market,” Caulfield told the National Post. “A bat may have been involved, in fact, some interesting research recently … definitely points in that direction,” he said. “But we don’t know where it’s come from. Certainly not enough to justify this kind of anger, this kind of finger pointing.”

When all is said and done, the seasoned rocker, Bryan Adams admitted he lashed out harshly and apologised, He said he “just wanted to have a rant about the horrible animal cruelty in these wet-markets being the possible source of the virus, and promote veganism.”

NHL confirms plan to resume play with 24-team playoff set-up, Toronto might be a hub city

Views from the 6ix (cartoon)