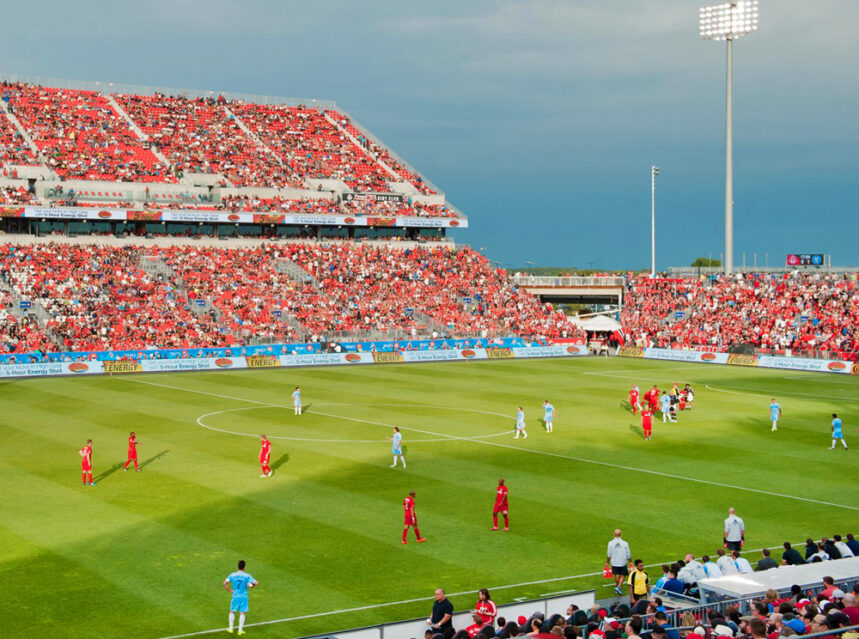 Toronto FC became the first Canadian-based team to compete in the MLS when they joined Major League Soccer in 2007. In those 15 years since, they have finished top of the Eastern Conference just once in 2017.

That same year, Toronto made all their fans and backers really happy as they also went on to win the MLS Cup. But do you know how you can be even happier as a soccer fan? By getting more out of your bets by taking advantage of this complete sports interaction bonus review. Just go check it out and thank us later.

Anyway, after 2017, Toronto experienced a dip which saw them finish 9th on the table in 2018, thereby failing to qualify for the final series play-offs.

They were back in the playoffs in 2019, though, after finishing 4th in the Eastern Conference and 9th overall. They went all the way to the final, but they lost to Seattle Sounders FC.

In 2020, their position on the table improved. They finished 2nd in the Eastern Conference and 2nd overall, so they made it to the playoffs but were not able to get past the first round.

Then last season, they hit the lowest low they have ever reached since joining the MLS. They finished 13th in the Eastern Conference, just 1 place above the bottom of the table, and the playoffs were a distant fantasy.

That really poor performance led them to look to the transfer market for a solution. They acquired six players including Euro 2020 winner Lorenzo Insigne for free from Napoli, Federico Bernadeschi for free from Juventus, Domenico Criscito for free from Genoa, and Richie Laryea on loan from Nottingham Forest.

These players joined the club mid-season and performances have improved since, but the question is, will it be enough?

They’ve lost just one of their last seven games after losing four of the seven before that. Their two new Italian attackers have combined to score nine goals and provide four assists between them in just seven matches in the MLS. Toronto now sit in 10th on the table, three places away from playoff qualification.

Now, they may be just a few points away from a spot in the playoffs, but having played more games than the five teams ahead of them, it’ll take a miracle for Toronto to make it to the playoffs for a chance to fight for the Cup yet again.

Even if they keep playing well and getting the results they want, they’d also be hoping for horrible performances from all the guys ahead of them to be able to sneak into 7th.

Considering all the facts, it is very unlikely that Toronto will become MLS champions this season. However, do not write them off for next season. We have seen more improved performances from the Canadian side since their new signings were introduced in the summer, so don’t be surprised if they go on to replicate the season they had in 2017 next season.