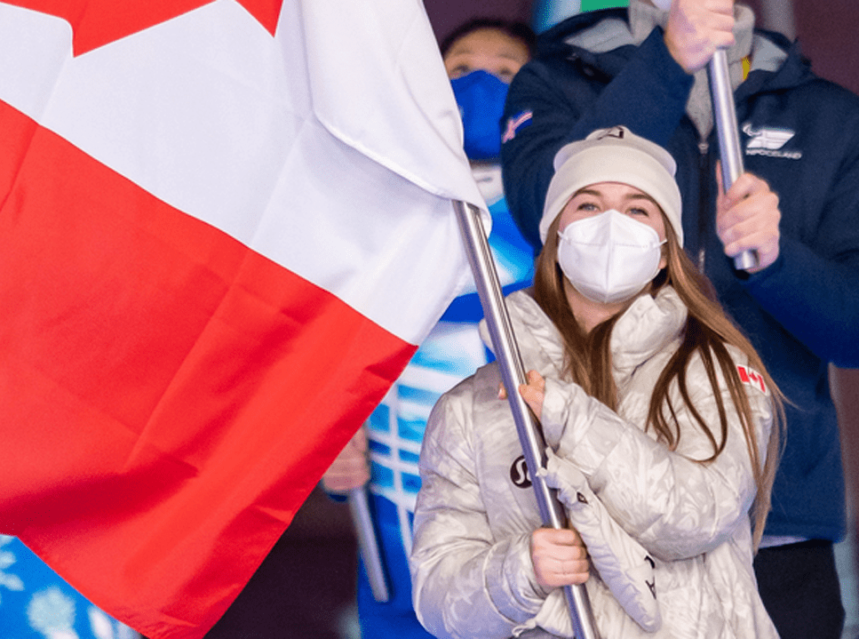 The Canadian Paralympic Team added two more medals on the final day to conclude the Games with a total of 25. In Para ice hockey, Canada dropped a 5-0 decision to the United States in the final to take silver for the second consecutive Games.

Para nordic skiers Collin Cameron, Emily Young, Mark Arendz, and Natalie Wilkie also teamed up for bronze in the 4×2.5km cross country mixed relay. It was Young’s first medal of the Games, while her three teammates are all multi-medallists in Beijing.

Canada finished third in the medal standings behind China and Ukraine. With 25 medals, the 48 athletes who competed in Beijing have orchestrated the county’s second-best Paralympic Winter Games. Four years ago, Canada won 28 medals, its current record.

“I am so thrilled for each and every athlete who competed for Canada over the past nine days. This team has displayed so much heart, resiliency, and passion and it has been an honour to have the opportunity to witness so many incredible athletes compete and show off all the dedication and hard work they have put in to be the best at what they do. There is so much to celebrate for the entire Canadian Paralympic Team, from every podium performance to the personal bests to so many moments in between that have all combined to elevate, motivate, and unite Canadians and Paralympic sport. It has been a successful Paralympic Winter Games for Canada, and I congratulate all the athletes, coaches, and staff for all their work in making this possible.”

“The Beijing 2022 Paralympic Winter Games has been a triumph for Canada and for the Paralympic Movement, showcasing the best of sport on and off the field of play. We look forward to using the momentum from the performances in Beijing to continue to build Paralympic winter sport in Canada, to create more opportunities for people with a disability to participate in sport at the highest level, and to increase the funding support for our athletes. As we look ahead to a potential bid to host the 2030 Games, the stepping stones to an even brighter future for Paralympic sport in Canada are clear.”