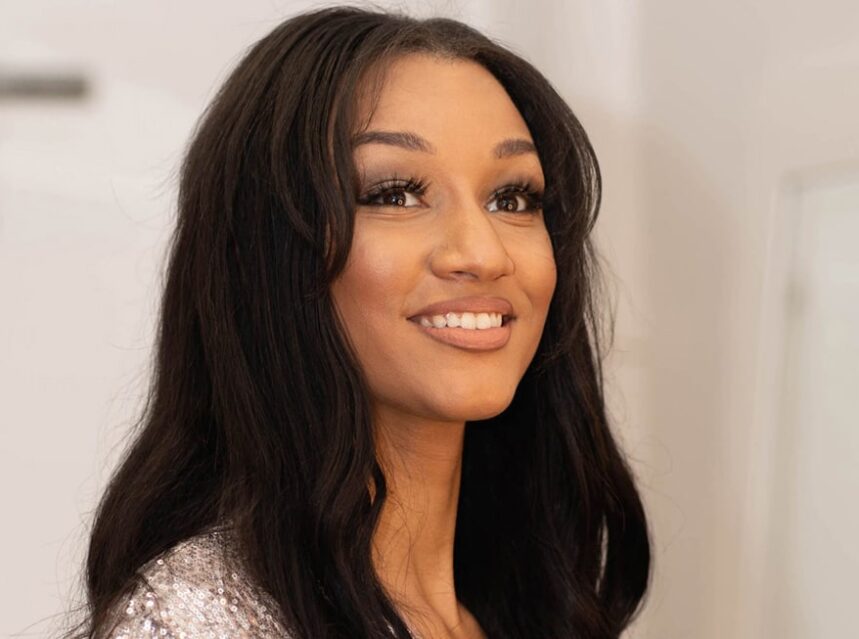 To say the least, Canada’s Kalika Hastings is a multi-tasker par excellence.

Since she graduated from Concordia University’s Communications Studies program, she has worked as an entrepreneur, model, journalist, editor and a communications and public relations specialist. And to top that all off, she was also a contestant at last year’s Miss Universe Canada pageant (where she was a finalist) and will represent Canada at the Miss Interamericana Pageant, which will take place in Paraguay this October.

This impressive career path is basically the living embodiment of her personal philosophy, which is to take the risk or lose the opportunity.

“I was always naturally reserved. I was the type of person who would not go out of my comfort zone; however, there were times that I decided to jump right in and go for it,” said Ms. Hastings during a recent phone interview. “For example, take the time I went for the Miss Universe Canada Pageant. I never participated in a pageant before; I always watched it on TV since I was a child, and I was interested in competing in one, but I never had the confidence. So I decided to apply and I got accepted. It was a big challenge for me. I was so impressed with the other pageant delegates because there was so much excellence there; there were contestants who were attending law school, or were going to be either doctors or entrepreneurs.”

That “go for it” attitude extended when she studied communications at Concordia, especially a certain public relations course she enrolled for. “I got the worst grade throughout my time at Concordia from that class (a C+). I was quite disappointed by that, because I was doing well in my other classes,” she said.

So in order to remedy that, Ms. Hastings decided to enrol in a graduate diploma course in public relations and communications management at McGill University (“I wanted to prove that I didn’t deserve that C+,” she added). It was while she was studying at McGill that she was offered a job at a boutique public relations agency whose clientele were mainly executives from tech firms.

“I did practically every mundane task there, from compiling media lists, to reaching out to journalists, to doing support work for PR campaigns,” she said. And if that wasn’t enough, Ms. Hastings and one of her friends established B Scene Media, a video production and communications agency, after she graduated from Concordia. “I knew I had the passion for it, but I didn’t yet have the experience and confidence to embark upon such a venture, but I decided to go ahead with it anyways; go for it and see what happens,” she said. “I figured out on my own how to cover events and give a creative twist to them.”

Unfortunately, the boutique PR agency closed down as a result of the COVID pandemic, but that didn’t stop Ms. Hastings’ passion. She became a freelance publicist and is now affiliated with Playmaker, a Miami-based sports media management company that is dedicated to redefining the careers of a number of pro athletes from the NBA, NFL and NHL. This is accomplished through helping these athletes share their respective stories to a Gen Z audience via such avenues as shows, brand partnerships and merchandise.

These days, Ms. Hastings develops strategic communications and PR campaigns, in order to get her clients that deserved public visibility and recognition. Her impressive client list includes athletes Nate Robinson, Tyreek Hill, Xavien Howard and Montrealer Ben St. Juste, who played for the University of Minnesota’s NCAA football team, and has recently been drafted by the Washington Football Team of the NFL; model, influencer and former reality TV star Shantel Jackson, who is currently the CEO and inventor of “Shoe Gummi”, a product that is known as the world’s first outer-sole pad, in order to prevent foot discomfort while wearing high heels; two-time boxing champion Jean Pascal; and Harlem-based rap star A$AP Twelvyy from the group A$AP Mob.

For Ms. Hastings, all this professional multi-tasking has given her the golden opportunity to pursue a career in a field that is not only her main interest, but her passion as well, which these days is quite a rare thing. And for those women and young girls who would like to follow a similar path? Ms. Hastings offers these pieces of advice.

“Be what you want to be. Break those stereotypes. Be challenged and jump into different fields. That way, you can find the thing where you are meant to be. And learn as you go.”