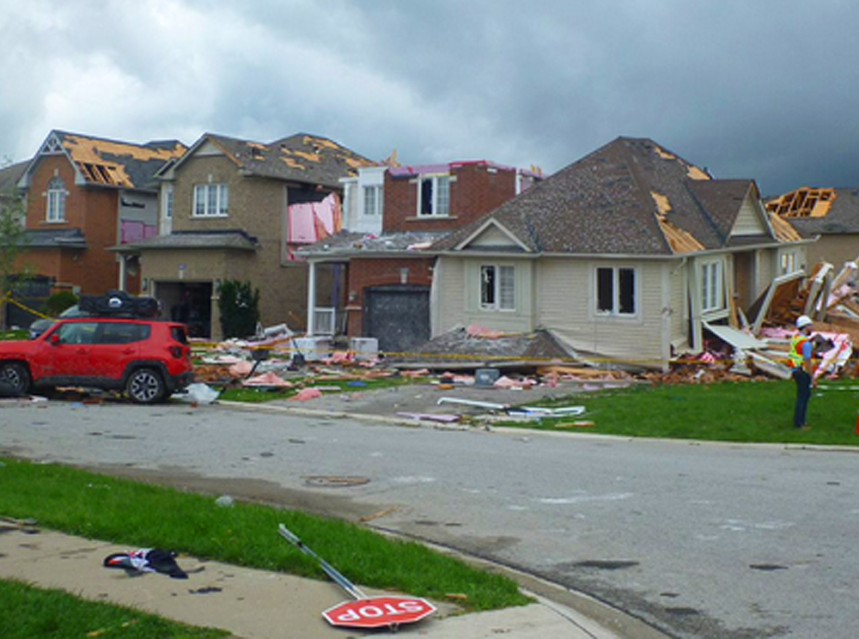 This year’s stories clearly demonstrate that Canadians across the country are experiencing unprecedented extreme weather, in the form of devastating flooding, widespread wildfires, relentless heatwaves, and powerful tornadoes. Scientists have made a clear link between climate change and more frequent and severe weather events, which is why the government is committed to reducing greenhouse gas emissions to help prevent the impacts of climate change and investing to increase resiliency.

Western Canada was particularly affected by extreme weather this year, with the top two events centred in British Columbia. Topping ECCC’s 2021 list is “Record Heat Under the Dome,” about the heat wave that hit the province in June, and which has been characterized as deadliest weather event in Canadian history. On June 29, a record-breaking high temperature of 49.6°C was recorded in Lytton, British Columbia. Just one day later, 90% of the village was lost to wildfires, resulting in two fatalities and displacing 1200 residents.

In second place is “British Columbia’s Flood of Floods.” On November 13, while nearly 200 countries agreed to the Glasgow Climate Pact at COP26, an enormous storm struck the south coast of British Columbia. The sum of seven atmospheric rivers or “rivers in the sky,” and three “weather bombs” in November created devastating floods. The rain-flood storm led to the tragic loss of at least six lives and thousands of evacuations. It also resulted in the destruction of critical infrastructure and property damage throughout the region, which are expected to cost billions to restore.

Extreme weather was not confined to the west this past year. Among the other top weather events is the “Year of the EF2 Tornado.” This year Canada experienced a series of tornadoes that ranked as a 2 on the Enhanced Fujita (EF) scale, characterized by wind speeds of between 180 and 220 km/h. These tornadoes included the deadly twister in Québec in June, and the series of EF2s on July 15 in Ontario, including the devastating Barrie tornado.

As these severe weather events show, climate change is real, and Canadians are already feeling its effects. The cost of inaction is enormous, which is why the Government of Canada is developing Canada’s first National Adaptation Strategy in collaboration with provinces, territories, municipalities and Indigenous peoples.

The government has committed more than $1.9 billion through the Disaster Mitigation and Adaptation Fund, for 69 large-scale infrastructure projects that will help protect communities across the country from the threats of climate change, including coastal erosion.

Climate change is among the greatest long-term threats facing Canada and the world, and the increased frequency of severe weather events means it is critical Canada accelerate its action to reduce greenhouse gas emissions to help avoid the dangerous impacts of climate change, and to build community resiliency. Addressing climate change and adapting to severe weather requires collective action, and the Government of Canada is committed to working with provincial and territorial governments, Indigenous peoples, and stakeholders on a national adaptation strategy and to meet Canada’s 2030 emissions reduction target.

Canada’s Top 10 Weather Stories of 2021 are ranked from 1 to 10, according to a number of factors that include the impact they had on Canada and Canadians, the extent of the affected area, the associated economic impacts, and the longevity as a top news story.