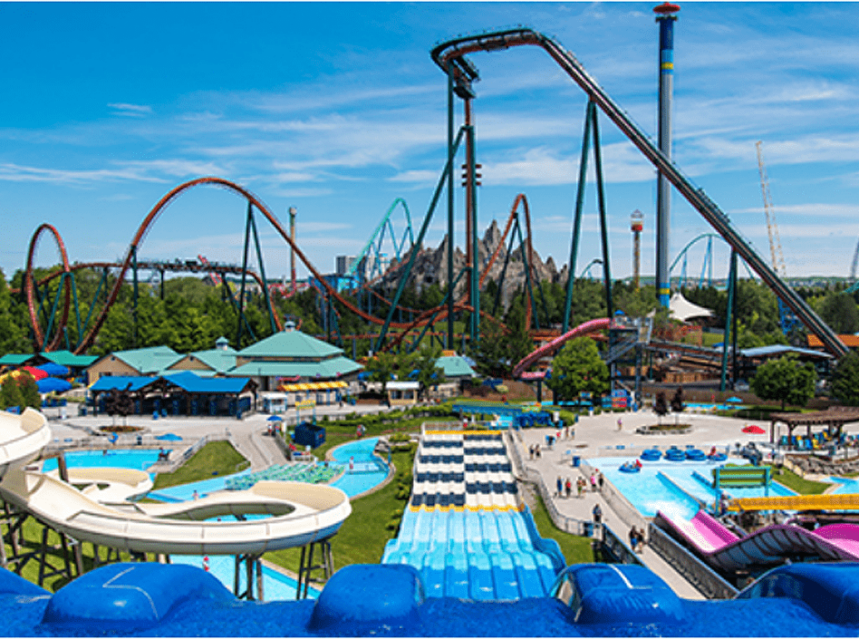 VAUGHAN, ON (June 14, 2021) – One of the Toronto area’s favourite thrilling summer destinations, Canada’s Wonderland amusement park is set to open for the 2021 season and welcome guests back to fun outdoors, with new health and safety protocols in place to keep guests and associates safe. In alignment with Step 2 of the province’s reopening framework, the park opens with limited capacity July 5-6 for Season Passholder Preview and July 7 to the general public. Splash Works opens July 12 and reservations to both the park and water park will be required for all guests.

“We are looking forward to reopening the park and we’re ready to provide safe, fun and unforgettable experiences to all our guests,” said Norm Pirtovshek, GM of Canada’s Wonderland. “Safety has and will always be Canada’s Wonderland’s number one priority, and that includes the health of our guests and associates. With our new protocols in place, we are eager to offer some long-overdue fun to our guests.”

Detailed information has been added to the Canada’s Wonderland website that outlines the new protocols to ensure a safe and clean environment. These protocols include:

Reservations for visits will open on this Thursday on the Canada’s Wonderland website or mobile app.

A whole lot has happened at ‘Wonderland’ since the arrival of the ultra thrilling Leviathan in 2012. It’s one of the tallest and fastest roller coasters in the world carrying excited riders to a spine-tingling 306 feet (97.7m) before plummeting down an exhilarating 80-degree drop, reaching speeds of 148 km/h.

Other rides and attractions added to Canada’s Wonderland over the last few years include:

2019 – Yukon Striker (one of the world’s tallest, longest, and fastest dive coasters), WinterFest

NEW for 2021, Canada’s Wonderland will debut Mountain Bay Cliffs in Splash Works. Guests can experience the exhilaration of cliff jumping from a variety of heights into water below, with the ultimate challenge of conquering the highest peak at seven-and-a-half metres (25 feet). Beagle Brigade Airfield is a new airplane ride in Planet Snoopy where young pilots can take an exciting flight.

Employment opportunities are currently available throughout the park, and a virtual hiring process has been implemented so applicants can apply and interview remotely. Openings can be found at canadaswonderland.com/jobs.

WHAT FOOD IS THERE AT CANADA’S WONDERLAND?