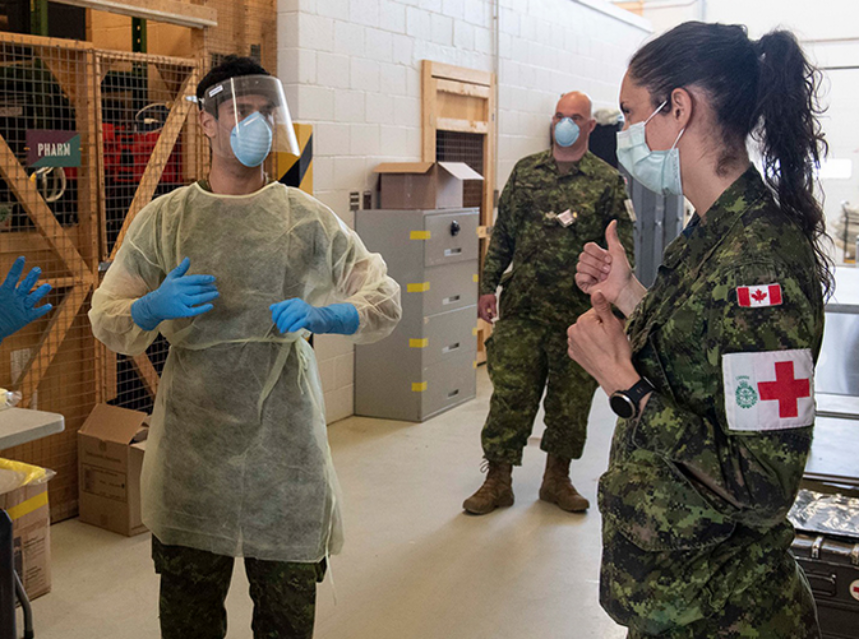 TORONTO, ON., May 27, 2020 ― Since the outset of the COVID-19 global pandemic, the onset of COVID-19 has only exacerbated the already difficult situation in long-term care in the province.

Today, the Ontario government outlined key findings from the Canadian Armed Forces report on the five long-term care homes at which the military has been assisting. The report details serious concerns around infection prevention, safety, staffing and level of care. The report also indicates that these five homes are beginning to stabilize with the support of the armed forces.

On April 22, the Ontario government formally requested assistance from the federal government in the form of the Canadian Armed Forces to support five long-term care homes that were in crisis. These homes were amongst the hardest hit in Ontario with COVID-19 outbreaks and had significant challenges that could not be rectified through various efforts. Those challenges included: staffing, infection prevention and control, resident safety, food preparation and janitorial services.

“We need to do things right now to insure that our elders across the country get the proper care that they need,” said Canada’s Prime Minister Justin Trudeau in Ottawa today. “We will be there to support the provinces,” said Trudeau. He also said the federal government will work with the provinces to make sure they achieve long term solutions.

The Ontario government is once again calling on the federal government and the Canadian Armed Forces to extend their current mission for at least an additional 30 days.

“Thank you to the brave women and men in our Canadian Armed Forces who have helped immensely to stabilize our hardest hit long-term care homes,” said Dr. Merrilee Fullerton, Minister of Long-Term Care. “We are continuing to take action to ensure our most vulnerable people living in our long-term care homes receive safe and quality care.”

The government has already begun an active investigation based on the Canadian Armed Forces report. To date, one death has been referred to the Office of the Chief Coroner for investigation. In addition to continued regular inspections, the Ministry of Long-Term Care Inspections Branch will immediately investigate specific critical incidents referred to in the report.

In addition, the government recently announced it will be launching an independent commission into Ontario’s long-term care system beginning in September. The government also continues to work with hospital partners to assist long-term care homes across the province with clinical, infection prevention and control, and other supports.