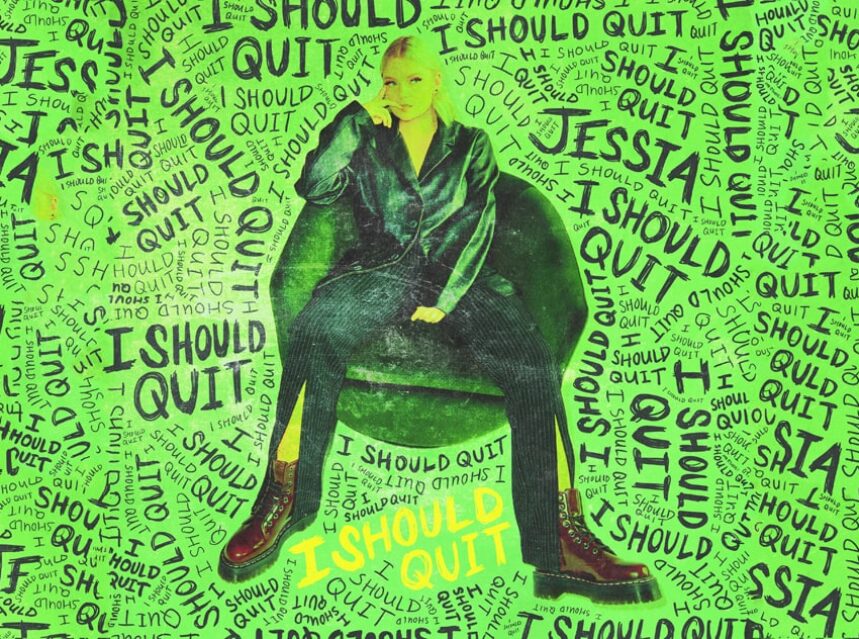 Directed by Nina Kramer, the carefree video highlights JESSIA’s struggle to accept her friends’ advice to stop making impulsive bad choices, while knowing that she should quit but in reality, admits she has no intention of doing so. On the track, JESSIA says “I’m really good at giving advice but not always good at taking it. I know what I SHOULD do but what’s the fun in always playing it safe? Sometimes you just need to fully accept that you are a hot mess.”

Recently, JESSIA was featured as Billboard Magazine’s “Chartbreaker” for the month of June. Her CRIA Gold-certified body acceptance anthem “I’m not Pretty” is currently Top 5 at Hot AC radio in Canada and features GRAMMY® Award-nominated artist Bebe Rexha on the official remix version of the track released last month. “I’m not Pretty” recently crossed 100 million+ streams and this week tops the Billboard Canada Emerging Artists Chart for the SEVENTH consecutive week at #1.

“I’m not Pretty” initially exploded on Tik Tok when JESSIA introduced an acapella hook of the song by sharing, “I don’t know if this is total trash, or if it’s actually a bop.” Turns out, it was the latter as the clip racked up 1 million views in a day. The candid lyrics describe a journey towards self-love and the emotions one can feel while on its path – a message that has instantly resonated with audiences all over the world.

In addition to early support from international tastemakers, Grammy award winning singer, songwriter, and producer Ryan Tedder personally reached out to JESSIA upon hearing the song to champion her work and collaborate. Together they are putting the finishing touches on more new music—due out soon.