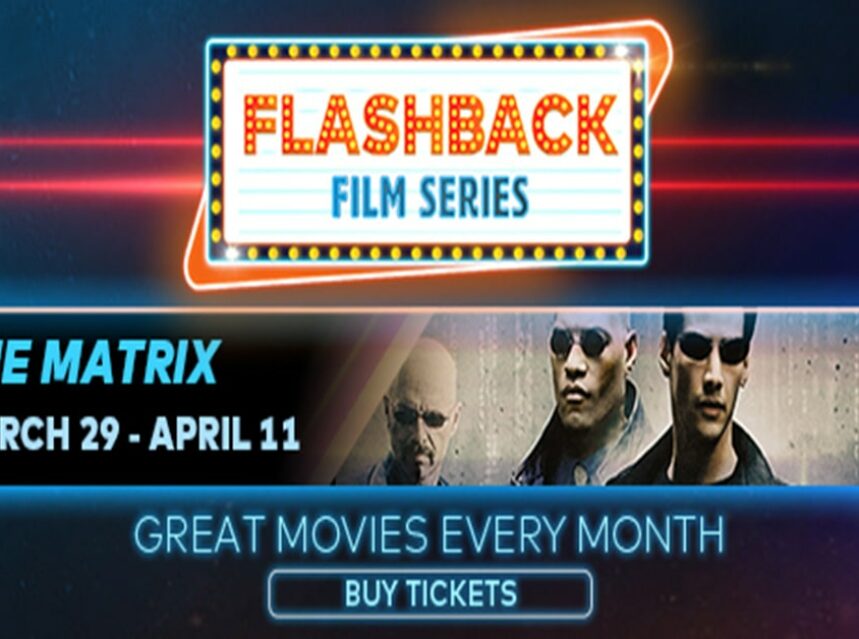 For the past 9 years Cineplex has hosted an annual week-long festival of sci-fi, comedy and action cult classic films. This year, because of the festival’s mounting success, they’ve turned it into a year-round series screening in 22 theatres across Canada (including Toronto & Montreal) called Flashback Film Series. The first ever series line-up, which was announced on January 17, includes Eternal Sunshine of the Spotless Mind, Being John Malkovich *20th anniversary, Thelma & Louise, Spaceballs and The Matrix *20th anniversary!

Cineplex Cinemas Yonge-Dundas and VIP (TO)

Experience more Flashback Films every month! Don’t miss two great movies every month at select Cineplex cinemas. Everything from action, science fiction and comedies are coming back to the big screen.

Eternal Sunshine of the Spotless Mind

SYNOPSIS – When their relationship turns sour, a couple undergoes a medical procedure to have each other erased from their memories.

SYNOPSIS – A puppeteer discovers a portal that leads literally into the head of movie star John Malkovich.

SYNOPSIS – Two best friends set out on an adventure, but it soon turns around to a terrifying escape from being hunted by the police, as these two women escape for the crimes they committed.

SYNOPSIS – A rogue star pilot and his trusty sidekick must come to the rescue of a Princess and save the galaxy from a ruthless race of beings known as Spaceballs.

SYNOPSIS – A computer hacker learns from mysterious rebels about the true nature of his reality and his role in the war against its controllers.