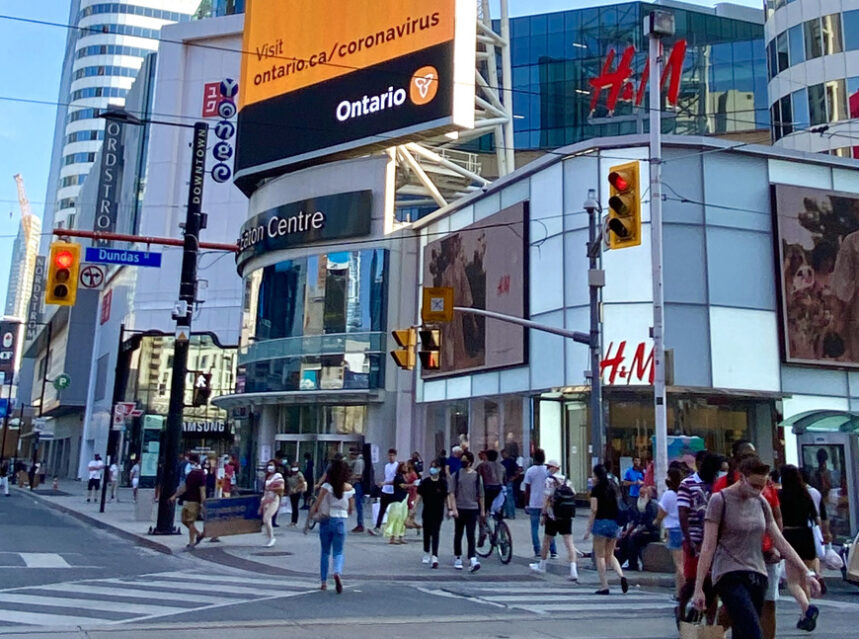 A City of Toronto staff report going before Executive Committee on July 6 recommends a renaming of Dundas Street and other civic assets with the Dundas name. If approved by Executive Committee, the report will then be reviewed by City Council at its July meeting.

A petition calling for the renaming of Dundas Street was created in June 2020 following global discussions on racial injustices, inequality and anti-Black racism, which led the public to scrutinize the origins and history of monuments, street names, parks and buildings across Toronto. The petition objected to the street’s namesake, Scottish politician Henry Dundas, who was involved in delaying the abolition of the Transatlantic Slave Trade, causing more than half a million Black people to be enslaved in the British Empire.

The recommendation to rename Dundas Street and other civic assets bearing the same name follows discovery sessions, extensive academic research and a review of over 400 global case studies, and furthers the City’s commitment to anti-Black racism, Indigenous truth and reconciliation, as well as building a more inclusive and equitable Toronto.

More than 20 academic experts in the areas of public history, Black Canadian studies, and public commemoration were consulted. The consensus among historians remains that the actions of Henry Dundas, regardless of his intention, resulted in the delay of the abolition of the transatlantic slave trade, causing more than half a million more Black people to be enslaved in the British Empire.

The City says an extensive review of peer-reviewed academic, scholarly, and historical research was conducted. Key findings from this review are available on the City’s Recognition Review web page.

In addition to the Dundas Street renaming, the report outlines guiding principles for the City’s overall framework on commemorative policies and programs following a Recognition Review examining how systemic racism and discrimination may be embedded in City assets, commemorative programs and naming policies.

“Creating safer city spaces that foster inclusivity and belonging, especially for the Black and Indigenous communities in Toronto, is an important undertaking that we take very seriously. We understand that renaming streets or parks and monuments does not eliminate racism or discrimination, nor does it erase the past, but we are committed to taking steps to right wrongs in our mission to create a Toronto for everyone, for present and future generations.”– City Manager Chris Murray

The report outlines a renaming process along with a Community Advisory Committee of Black and Indigenous leaders and local Dundas Street residents and businesses. Pending approval by Executive Committee and City Council, the Community Advisory Committee will gather naming suggestions from their communities as part of a commitment to healing and recommending new names for Dundas Street and other civic assets for consideration by City Council next year. The report provides an assessment of the cost for the City and its agencies and outlines a community engagement strategy and change management process to fulfill the renaming process. A transition plan would be developed to support Dundas Street residents and businesses in preparation for the name change.

“This initial work demonstrates meaningful progress in the City’s efforts to advance truth, reconciliation and justice. Addressing the historical legacy of Henry Dundas is an important step towards healing, as well as honouring the City’s commitments to Indigenous place-making and place-keeping.”– Selina Young, Director, Indigenous Affairs Office, City of Toronto

“The recommendations in this report are further fulfilling the Toronto Action Plan to Confront Anti-Black Racism commitment and highlight the importance of addressing the legacy impacts of the Transatlantic Slave Trade that are still prevalent in the everyday experiences of Black people in Toronto. As a government of all Torontonians, we have a responsibility to remove systemic institutionalized racism and create safe spaces for everyone in Toronto.”

As an educational resource for the public, staff have partnered with the Toronto Public Library to publish a reading list on Henry Dundas’ life and legacy, the history of Dundas Street, and the contemporary Black experience in Canada.

More information is available at the Recognition Review web page; the report can be viewed at

Members of the public who wish to make their views known about this matter, submit comments or request to speak before a committee of City Council, can visit www.toronto.ca/legdocs/tmmis/have-your-say.htm.