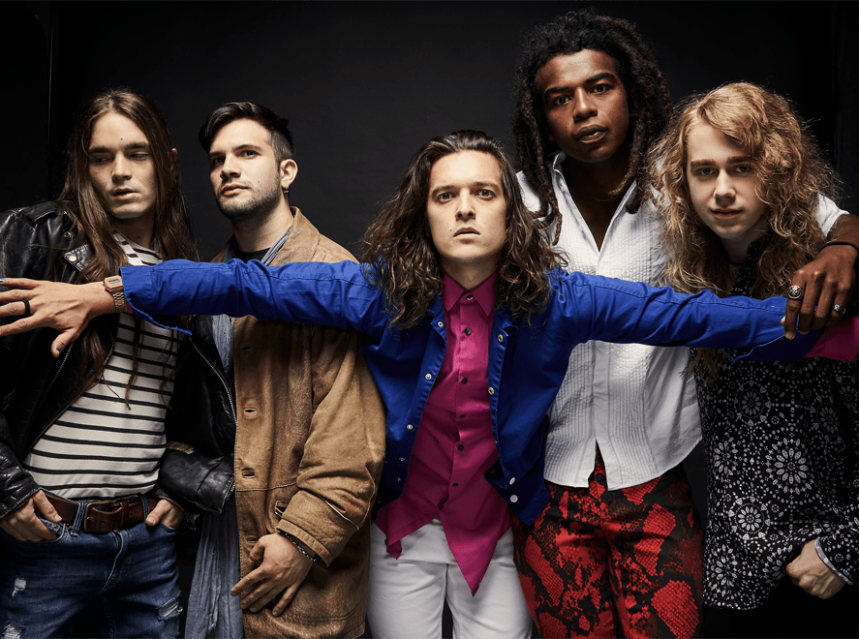 You can also check them out at the Horseshoe Tavern the following night!

TORONTO, July 18, 2022 – Part of the current Hard Rock revival, L.A.’s Classless Act is serving as opening act for the 36-date The Stadium Tour, which rolls into Toronto’s Rogers Centre on August 8. As such, they’re learning from infamous tour headliners Motley Crüe and Def Leppard, plus Joan Jett & The Blackhearts, and Poison.

“Man! It has been amazing,” says lead singer Derek Day. “The bands are all killing it. They really know how to captivate a stadium of people.”

Classless Act earned this prime gig on the strength of its debut disc “Welcome To The Show”, which has racked up more than 1.6 million streams and 440,000 music video views since its’ June 24 release on Better Noise Music. Its’ heavy, hooky, in-your-face style reads like GN’R meets Led Zeppelin, but with a modern twist.

A Los Angeles native, Day was pretty much weaned on the LA Rock sound of the ‘80’s. But the collective influences of he, guitarists Dane Pieper and Griffin Tucker, bassist Franco Gravante, and drummer Chuck McKissock range all the way from Jimi Hendrix to the Sex Pistols, and from The Offspring to Tom Waits.

And so while there’s plenty of guitar shredding, anthemic rhythms, screamer vocals, and long hair flying, their 12-song album definitely shows a great deal of depth.

“This band, we just want the best,” Day comments. “We love the Beatles, Queen – something with a melody to sing along to.”

From co-writing with Classless Act and playing guitar on the track “This Is For You”, The Darkness’ front man Justin Hawkins observed, “It quickly became apparent that I had underestimated their musicality, and talent. They make really sleazy good-time rock and roll music.”

On “Welcome To The Show”, they worked with name producers Bob Rock, Joe Chiccarelli, and Michael Beinhorn, who have manned the controls for hits by Metallica, Soundgarden, Red Hot Chili Peppers, etc. Much of the record was produced at Motley Crue drummer Tommy Lee’s home studio in L.A., and the band received a big boost when Crue singer Vince Neil added background vocals to the single “Classless Act”.

“Oh, it’s so (helpful),” Day says of the Motley Crue association. “And when (Vince) did that track, it was out of the kindness of his heart.”

Classless Act finished up a 40-date U.S. club tour in May. And now they’re loving the extra space found on the bigger stages – at venues like Wrigley Field (Chicago), and Fenway Park (Boston).

“It’s really different. It’s a whole experience. We run all over the place.”

But despite the early buzz, they know full well, “It’s A Long Way To The Top (If You Wanna Rock ‘N Roll”), to quote AC/DC.

“It is a little tricky,” Day adds.”We just want to tour. We can’t wait to move around. We will be touring right about until the end of 2023. Wherever we are on the road, we will try to record.”