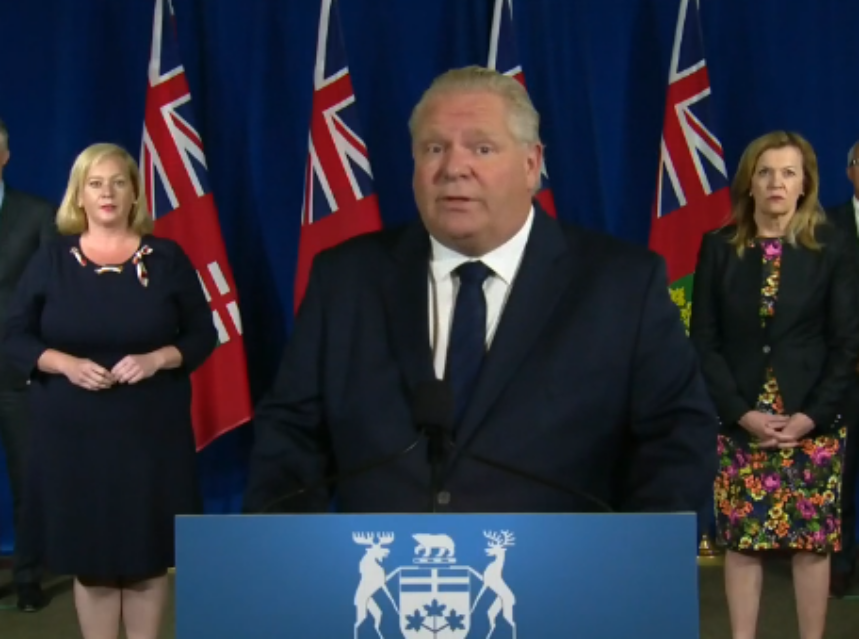 TORONTO, ON., June 25, 2020 — During his daily media briefing at Queen’s Park on Thursday, Ontario Premier Doug Ford said that he doesn’t want the Canada – U.S. border to open when the current closure set by the federal government expires on July 21.

“This isn’t over. I can’t stress it enough. We’re doing great because everyone listened,” Ford said.

Florida reported almost 9,000 cases of COVID-19 today and was forced to close down its bars. Texas has also closed its bars today after seeing a big surge in cases including close to 6,000 more yesterday. Arizona and California are also seeing its COVID-19 cases skyrocket. Meanwhile, the United States health departments reported 39,327 new infections yesterday, surpassing the previous record set on Wednesday.

“But man, this thing comes back, that’s what concerns me,” said Ford.

For that reason, Ford said that he doesn’t support reopening the border with the United States for non-essential travel just yet.

“I know it’s inevitable, we’ve got to do it, I just don’t think we’re ready right now,” he said.

While Ontario no day has seen an increase over 700, Ontario’s Chief Medical Officer of Health, Dr. David Williams says some of the states with roughly the same population as Ontario are reporting more than 1,500 new daily cases.

The report also says that from February to May, employment in tourism-connected sectors fell by 26 per cent and in the culture and heritage sector by 20 per cent.