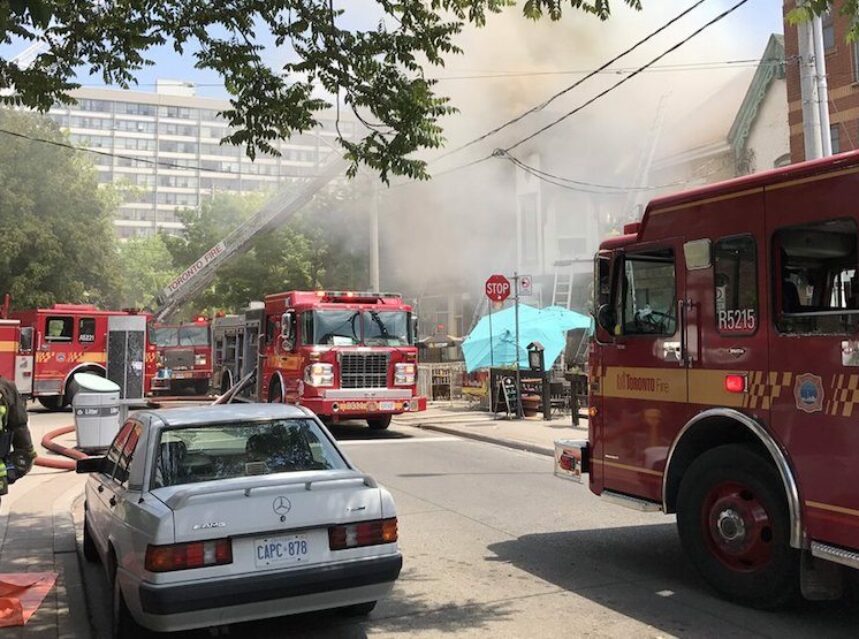 A popular downtown Toronto restaurant was dealing with a five-alarm fire a few hours ago, which forced the evacuation of nearby eateries and homes near Baldwin and McCaul St.

Emergency personnel fight are fighting the fire Ryus Noodle Bar, a popular ramen joint at 33 Baldwin St.  At least 30 trucks are on scene.

Thankfully, the fire is now under control on Baldwin Street. Crews continue salvage and overhaul operations.