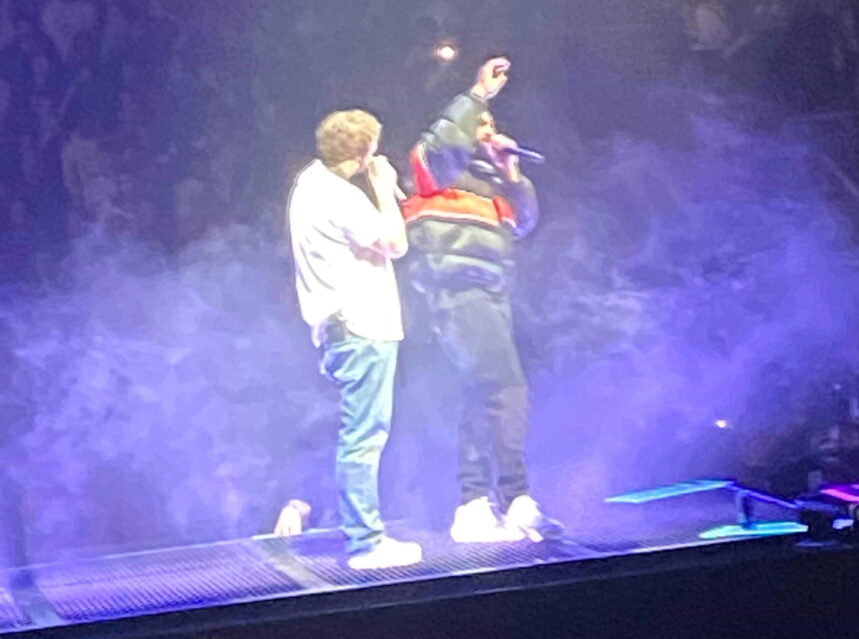 TORONTO. ON., February 14, 2020 – The Toronto audience went crazy as Drake took to the stage during Post Malone’s Valentine’s Day concert at Scotiabank Arena., as part of Post Malone’s ‘Runaway Tour.’

After Drake waltzed on stage two of the world’s most popular rap singers proceeded to perform a cover of Future’s (ft. Drake) “Life is Good” and Drake’s own “Money in the Grave.”

Drake finished off the first song (‘Life is Good’) with the line, “I’ll never turn my back on Postie Post, God forbid,” Followed by a great big hug.

He then engaged the delirious audience saying, “I’ve been to like four or five Post Malone shows this year and last year, and I just wanna let you know in front of these beautiful people in the greatest city in the world, this is one of the greatest human beings you’ll ever encounter in your life. I love you to death,” said Drake to the thousands of adoring Post Malone fans before joining “Postie” for a second number.

Drake’s appearance would come as no surprise to many Post Malone and Drake fans as they have shared mics a few times in the past, both in studio and at arena shows.