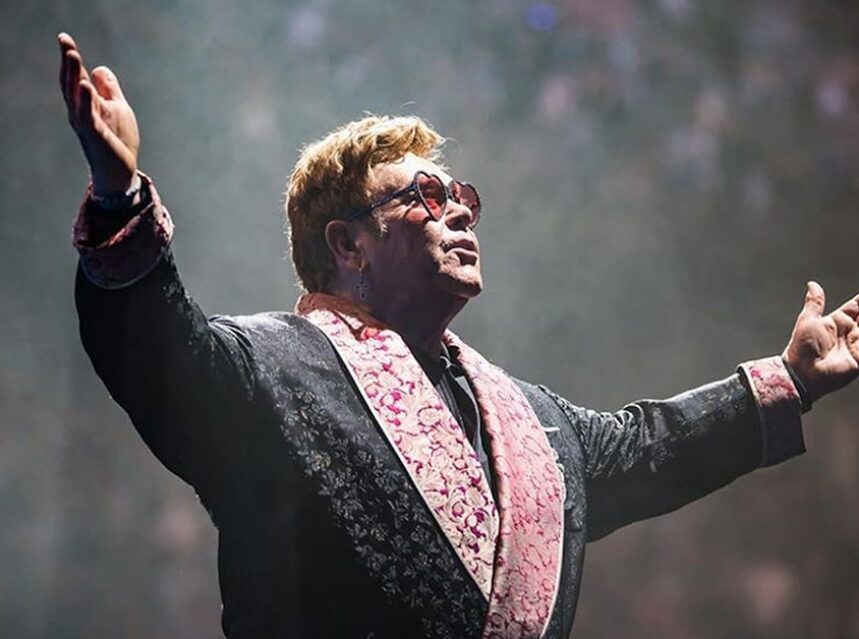 Elton John and his family touched down at 277 Queen Street West (directly across the parking lot from CityTV) on Monday, October 21 to open the #EltonFarewellTour pop-up store in celebration of his final world tour and the release of his autobiography, entitled Me. The first 100 fans received a free copy of the autobiography and Sir Elton signed copies for the first 20 lucky fans.

The store, presented by Universal Music Canada, Bravado and Henry Holt & Co. will be open Tuesday until Saturday from 10 am to 8 pm, and then later this week on October 23-24 Elton John will play Scotiabank Arena as part of the Farewell Yellow Brick Road Tour. Sir Elton John was in Toronto to play two sold-out performances in September 2018.

Elton John, his husband, David Furnish and their children Elijah, 6 and Zachary, 8, greeted fans at the Toronto pop-up store opening.

The Farewell Yellow Brick Road Tour, which sees John play 300 concerts across five continents began in September 2018 and runs until 2021, marking Elton John’s final tour. “It’s time to come off the road so I can fully embrace the next important chapter of my life,” says John on eltonjohn.com who wants to focus on raising his family with his husband, David Furnish, a Toronto native.

The pop-store features exclusive merchandise to Toronto that will not be available on the tour, as well as contests and prizes.