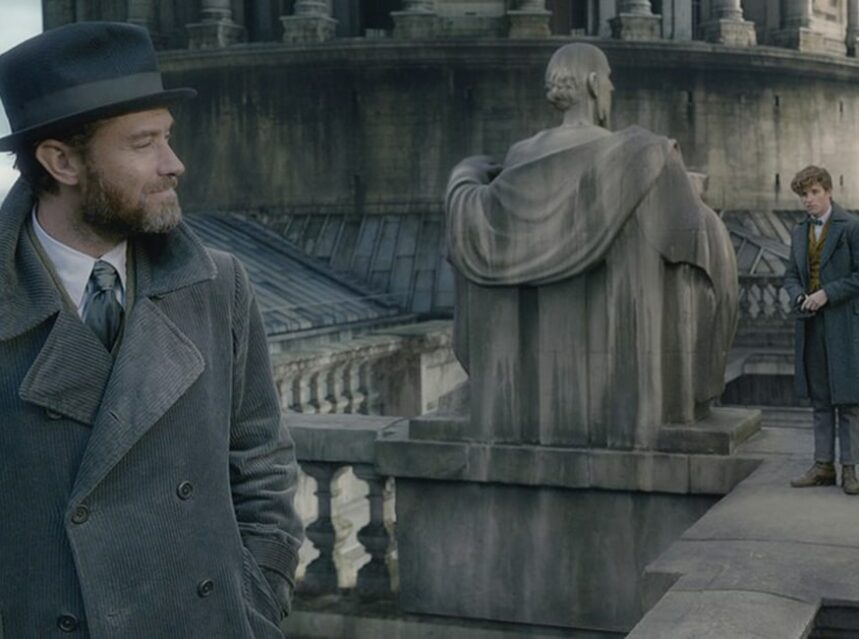 Fantastic Beasts 2 – When I say the magic is gone I am not referring to the magic employed by the various characters on the screen: that’s in abundance thanks to the ubiquitous special effects, which in this movie are present in almost every single scene. The magic that is gone in this sequel is the one that we found in the first installment of the story and which enchanted the spectators: the freshness, the originality, the right mixture of humour and action. Those elements are absent in the sequel. It seems that director David Yates in an effort to follow the text of the novel by J.K. Rowling, who also wrote the script, overlooked the fact that when transferring a literary story to the screen it is necessary to change or even eliminate aspects and details that go well on text, but in a medium where the language is basically visual, they become tedious. On top of that, the undue reliance on special effects, in the end, made that the cuteness of some of the fantastic creatures becomes irrelevant and even somewhat annoying.

The story starts with the escape of the villain, Gellert Grindelwald (Johnny Depp), from the U.S. where he had been imprisoned (that happened at the end of the first installment). A reluctant Newt Scamander (Eddie Redmayne) is recruited by his former wizardry teacher, Albus Dumbledore (Jude Law), to help in the recapture of the fugitive who is now committed to forming a group of pureblood wizards that would dominate the world, including non-magical beings.

There are also multiple storylines with new characters which are not sufficiently developed, leaving the spectator with a sense of confusion as to where the whole thing is going. In sum, the franchise that was so promising in its first installment, in this sequel fails to keep the interest of the viewer and even worse, at times one starts to look at the watch –more than two hours of a great display of special effects begin to bother. The movie’s problem lies with the script, performances by Redmayne, Law, and actresses Zoë Kravitz as Leta Lestrange, and Katherine Waterston as Tina Goldstein are impeccable. This film is appropriately rated for over 13 since younger children would have some problem following the story and some scenes may even scare little kids.

Feature image: Unfortunately, “Fantastic Beasts 2 — The Crimes of Grindelwald” does not live up to the expectations raised by the first installment