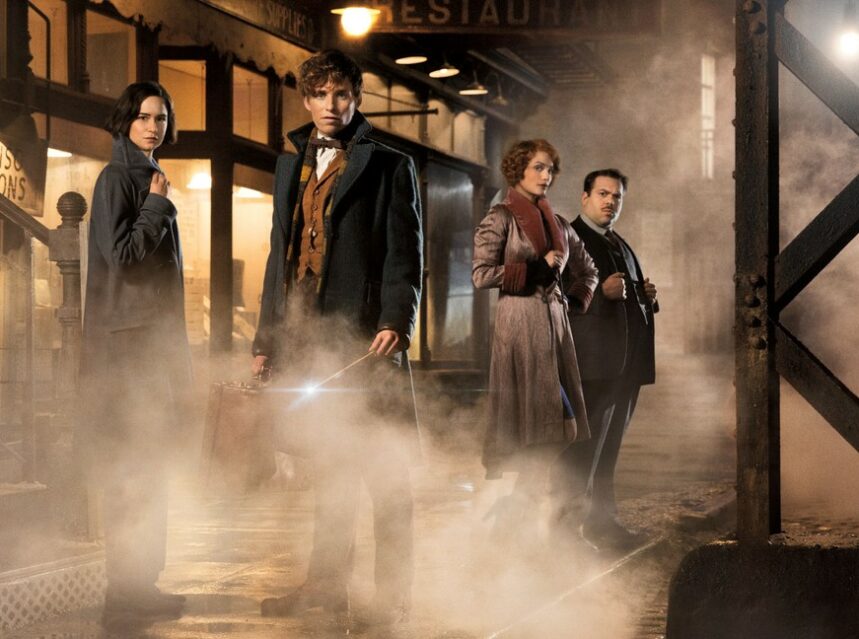 Directed by David Yates and written by J.K. Rowling, this film is obviously intended as the beginning of a new—and lucrative—franchise, at the same time, a prequel to the already popular Harry Potter series. 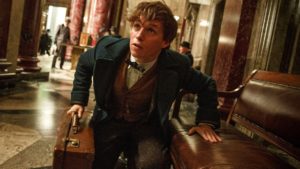 The story is set in the late 1920s when we see British wizard Newt Scamander (Eddie Redmayne) in charge of a crucial mission, the content of which is carried in his inconspicuous piece of luggage. He arrives at a time of concern over “strange” phenomena affecting the city, events that are attributed to sorcery and witchcraft and which are in turn feeding the action of groups that want the authorities to take action against all forms of witchcraft. The group calls itself the New Salem, in reference to the Salem witch hunt of the 18th century.

Scamander is closely watched by Porpentina Goldstein or Tina (Katherine Waterston) who works for the secret organization of wizards, in turn deeply concerned about the events in the city since they threaten to expose their existence to the public. 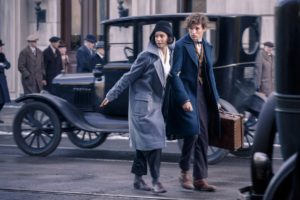 Things become complicated when a chance encounter at a bank office between Scamander and a man called Jacob Kowalski (Dan Fogler) who is there to ask for a loan to start a bakery, results in an exchange of briefcases and the content of Scamander’s—the fantastic beasts—being released.

From that point on the story takes many different courses: on the one hand, the mostly comic incidents involving Kowalsky (a No-Madj, in the jargon of the wizards), the presence of Tina’s sexy sister Queenie (Alison Sudol) and the emergence of a dangerous threat to the wizards and the city itself. It is here when special effects would take over the story—to the delight of some—but at the same time diluting somehow the main plot, or rather, making it somehow lose some of its focus. In the end, however, the story manages to get back on its feet and deliver an interesting resolution at the same time leaving room for a sequel, as one can see especially in the scene when Scamander boards the ship back to England. 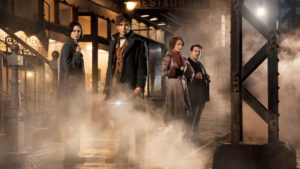 “Fantastic Beasts…” is—despite some moments in which the story seems to fall too much into an action movie full of visual effects—a good film, entertaining, and engaging to the audience. There is good acting especially by Redmayne as a Scamander, at times somehow lost amid the events that his beasts unleash, although never overwhelmed by those events. Also superb are Fogler’s performance as Kowalski who puts the tone of humour and human passion; Katherine Waterston delivering a more introspect character, quite different from the one personified by Alison Sudol, both in their own style quite charming, I would say, and well integrated into the story. There are some ecological references as well when Scamander always asks not to harm the fantastic beasts because they are in danger of extinction. I recommend it to everyone who likes a good fantasy story, but not for children who could be scared by some of the scenes.