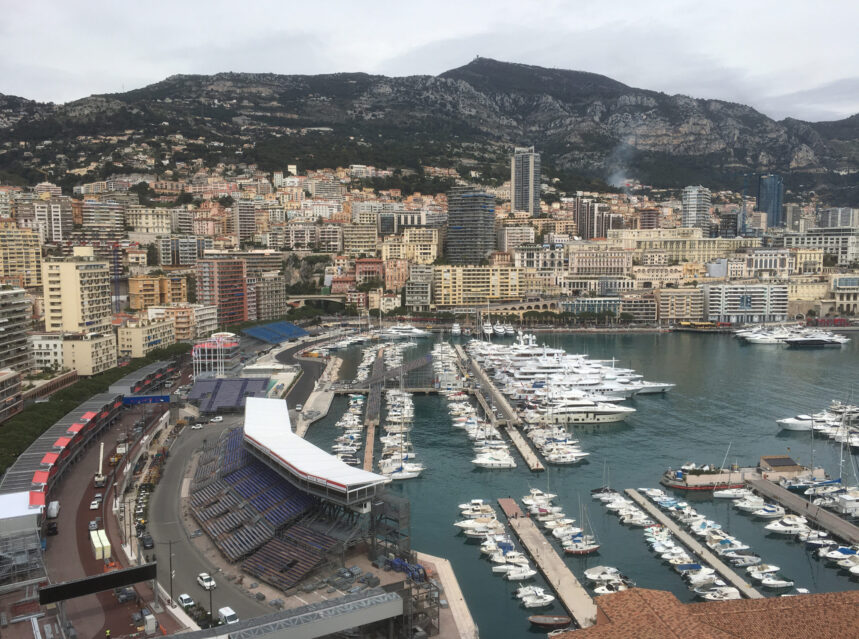 Located adjacent to the south of France, Monaco is the second smallest country in the world (after the Vatican, Italy). It is one of the main attractions of the French Riviera (Nice, Cannes and Monaco) along the Mediterranean coast known as The Côte d’Azur. Walking around Monaco and visitors soon discover why this country is known as the playground of the insanely rich and famous. Monaco boasts the most luxurious assemblage of automobiles and yachts, the most iconic casino in the world, stunning landscapes, in a addition to shopping areas with glitz and glamour that will put the well to do of Beverly Hills to shame.  Not too worry, Monaco also welcomes visitors who aren’t living within their mega-rich stratosphere. For those looking to experience this extravagant destination here are five fabulous finds that must be seen and experienced:

In 1956 film star Grace Kelly became the Princess of Monaco after she married Prince Rainier III of Monaco. She put Monaco on the world stage. Today, her son, Prince Albert II is the ruler of Monaco and resides at the Prince’s Palace high on top of the Rock of Monaco. Visitors can walk up a long walkway to get to the palace or by bus. Once reaching the top, there is a lot of shopping areas, restaurants, amazing views, government offices and the Palace, which is also the residence of Prince Albert II and his family. The palace overlooks Monaco and the surrounding Mediterranean Sea. There are daily ceremonies when the guards change and one can also take a of the Palace. Keep your eye on the flag flying by the clock tower, if the flag is flying, it indicates that Prince Albert II is in the Palace.

From the top of The Rock of Monaco, one truly sees the magnificence of this port harbouring all kinds of boats and luxury yachts. This modern port was completed in 1926 with additional improvements added over the decades to accommodate the large number of yachts that visit the Côte d’Azur. The port has been active since the 6th Century BC, where legend states that Greek mythological superhuman Hercules constructed Monaco’s port and the coastal roads. The people honoured Hercules by naming the area Port Hercules. The picture perfect spot to view the harbour is from high above on the Monaco Rock and the Prince’s Palace it is breathtaking. A walk around the habour and seeing the luxury yachts up close is truly a jaw dropping experience.

This Casino has been famous for over a hundred years, but has become internationally famous because of three James Bond films (Never Say Never Again, GoldenEye and Casino Royale) where it is known as Casino Royale. Opening in 1856 over time the casino has been moved to different locations, expanded and also redesigned to what it is today. It is situated in Monaco’s most popular quarter-Monte Carlo.

Casino Monte Carlo is an exciting place to visit as it is always humming with the unforgettable engine sounds of luxury cars like Ferraris, Lamborghinis, Bentleys, Rolls-Royces, Aston Martins and about every other dream car. Men must wear a suit (jacket) and tie, women should dress casually. Jeans, t-shirts or tennis shoes are not allowed and gamblers must limit their visits to 30 minutes or less. Nothing around the casino comes cheap (or reasonable), all carry a hefty price, even a cup of espresso, but viewing the action in front of the casino is as the saying goes…priceless.

This museum of marine science has an amazing history and is one of the oldest museum aquariums in the world. It was established in 1910 by Prince Albert I and was managed for over 3 decades by world-renowned ocean explorer Jacques-Yves Cousteau. The museum is housed in a building on the side of a cliff overlooking the sea. It houses live exhibits of marine life of every type (more than 6,000 species) from the Mediterranean and other tropical environments, artifacts which have been recovered from the sea, model ships, skeletons of sea animals.  This museum houses the largest exhibition room in the world of sea-life curiosities as well as a Shark Lagoon and a Turtle Island which are located on the museum’s terrace where panoramic views of the Mediterranean Sea can be photographed.

La Condamine Market has been a Monaco fixture for centuries (since 1880). It can be described as a traditional Mediterranean open-air market featuring colourful stalls and vendors selling local, regional produce, flowers and crafts. Additional there is an indoor area that houses butchers, bakers, fishmongers, those that sell housewares, foods and wine. The market is open daily all year round at La Condamine and avenue Saint-Charles in the Hercules Port district.

Despite the image of Monaco as being an expensive place to do or get almost anything, La Condamine Market provides excellent value. Here you can eat like the rich and famous at an affordable price. Some of Monaco’s most sought after foods like the Niçois socca (a pancake made of chickpea flour and olive oil) and the truffle are served. Enjoy the truffle on a pizza, pasta, seafood and the price too.

Travellers does not visit Monaco in search of bargains, but rather to see how the well-to-do live or if you are in that category, to join in. Monaco is not currently a part of the European Union (EU), but it participates in certain EU policies, including customs and border controls. Through its relationship with France, Monaco uses the euro as its sole currency.

Frank Greco is a world traveler and television producer of “The Travel Guy, Gourmet Escapes,” other lifestyle programs and documentaries. Follow Frank on Instagram (thetravelguy1 and travelwithmeandde) or become friends on Facebook (www.facebook.com/frank.greco.338).