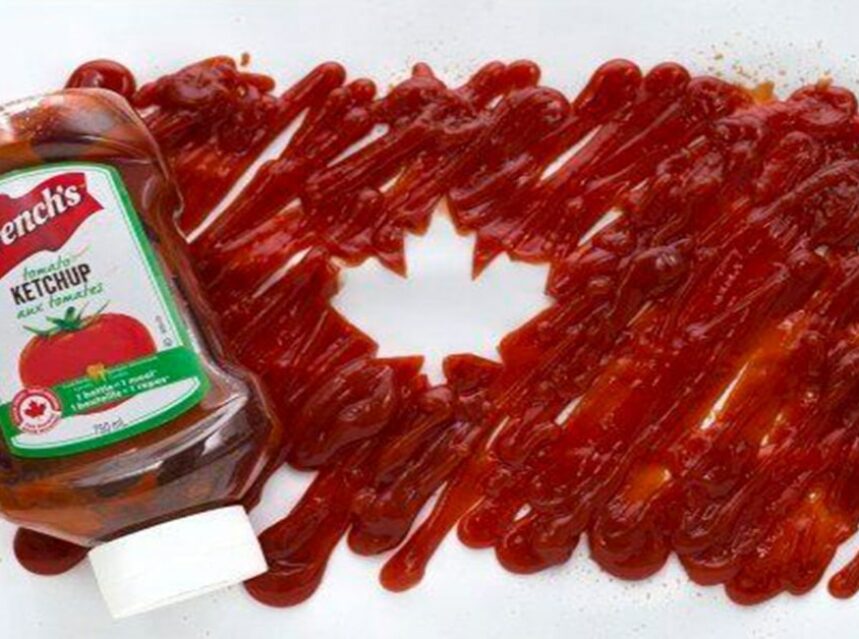 French’s Ketchup – Today, French’s is on a mission to thank Canadians in communities large and small for supporting a ketchup that uses 100 percent locally-sourced tomatoes, is bottled right here in Canada and brings great taste to everyone’s favourite summer foods. In honour of the upcoming Canada Day holiday, French’s is hitting the road in a Thank You Truck on June 26th to surprise and delight fans.

French’s will personally thank and hand out Canada Day essentials, including ketchup, sunglasses, totes, and towels as well as sample food topped with ketchup, from its fun, eye-catching truck as it travels from Toronto to Leamington, Ont. Along the way, French’s will make special stops for unique fan experiences.

“Canada Day is about more than barbecues, fireworks and camping. It celebrates everything that is great about this country and the people who call Canada home,” said Cheryl Radisa, Vice President of Marketing at McCormick. “We’re excited to say ‘Thank You’ to our fans, tomato growers and producers in the communities where we live, work and play. The French’s Thank You Truck is all about spreading the love to our most passionate supporters ahead of Canada Day.”

There is no doubt that Canadians love ketchup. And, French’s ketchup has become a Canadian favourite over the recent years thanks to its strong fan advocacy. French’s wanted to show their appreciation to many of their fans in a special way.

The French’s Thank You Truck will travel from Toronto to Leamington, Ont.  Planned truck stops are at these locations:

French’s was first introduced to the hot dog – and the public – at the World’s Fair in 1904.  It was love at first bite. Through the years, French’s has become a Canadian staple from the ballpark to the backyard to the holiday table. French’s family of products includes Classic Yellow Mustard, Tomato Ketchup, Worcestershire Sauce, Crispy Fried Onions and more.  Visit www.helloflavour.ca for more information and recipes.

French’s is one of McCormick & Company’s (MKC) brands. As a global leader in flavour, McCormick has built a portfolio of leading flavour brands that enhance people’s enjoyment of food all around the world. Every day, no matter where or what you eat, you can enjoy food flavoured by McCormick. McCormick Brings the Joy of Flavour to Life™.

Buying Canadian – But how easy is it?