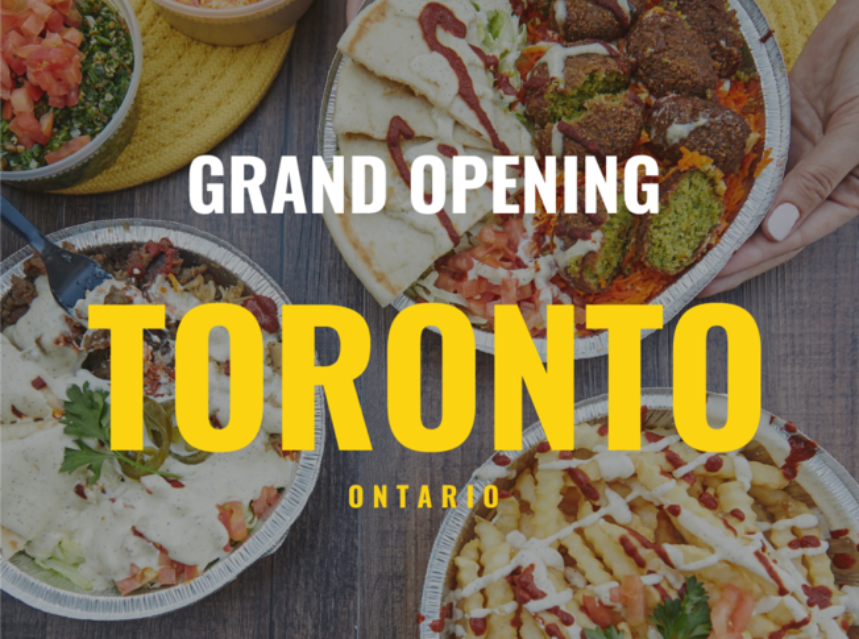 It seems that more and more American restaurants chains are arriving in Toronto and we are loving it. As if the announcement of the Cheesecake Factory coming to Toronto this year wasn’t exciting enough, we had also been anticipating the opening date of the first Halal Guys.

The restaurant is a popular Middle Eastern franchise that first started out as a New York City food cart in 1990. Now it’s all over the States, and has even spread to South Korea and the Philippines. Although the NYC one is still the most famous one, we are hoping Toronto’s is just as good, if not better!

The Toronto location has been in the works for quite some time now, and we are pleased to say the grand opening date has been set for May 5, 2017. That’s in a little over two weeks! It will be located at 563 Yonge St. and they will be open from 11 a.m. – 11 p.m. on grand opening day.

The first 100 people in line at the Grand Opening Event will have the chance to win free stuff! There will also be 5 extra guests that will win free Halal Guys for a month.

If you’ve never had Halal Guys before, here are some tips they have offered on their Facebook page:

– Our most famous platter is the Combo – Chicken and Gyro. If you’re not sure what to get, go with that (It’s famous for a reason!).
– Add a lot of white sauce, but be very careful with that EXPLOSIVE HOT sauce (your mouth will thank us later)!
– Vegetarian? We have options for you, just ask!
– Mix it up with different toppings or sides (we also have fries!)
– Try some dessert! We have delicious Baklava!