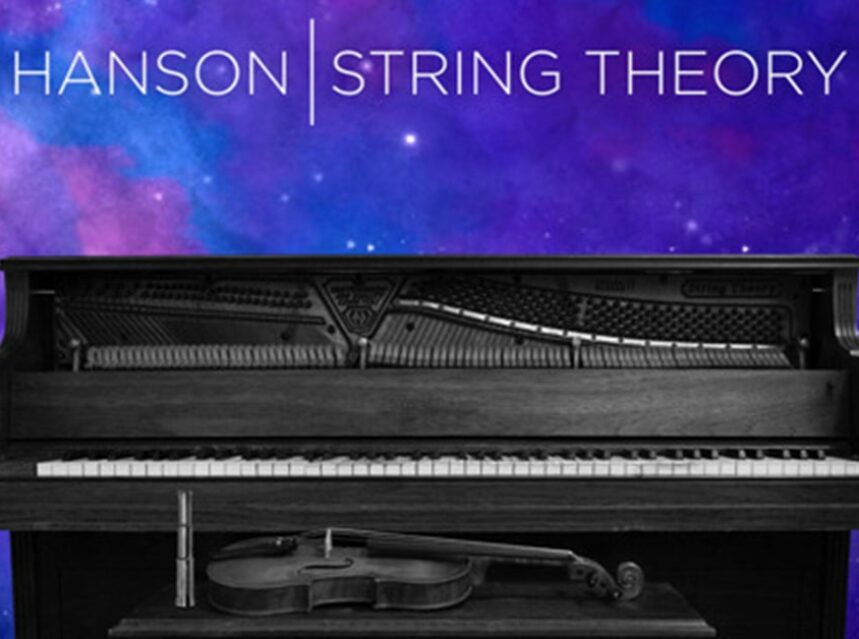 String Theory brings together an exciting collaboration of song craftsmanship and symphonic majesty, framing the established trio’s music through a special collaboration with Academy award winning arranger David Campbell, spawning both a world tour featuring the band playing live with Symphony Orchestras, and a double length studio album. Special album packages, including the instrumental album A Piece Of String, and the behind the scenes documentary Theory Of Everything, as well as exclusive limited edition items are also available on the band’s official site HANSON.net.In anticipation of the album’s release later this fall, fans can get a deeper look at the project and the story behind it through a weekly video series, with new episodes released on the band’s YouTube channel each Thursday leading up to the Nov 9th release. Each instalment features a song from String Theory, along with band interviews hosted by Austin City Limits Radio personality Andy Langer.

HANSON’s most ambitious musical project to date features songs spanning the band’s career, including some of their best known material (“MmmBop”, “Where’s The Love”, “This Time Around” and more) alongside brand new or never-released-to-the-public songs (“Reaching For The Sky”, “Battle Cry”, “Breaktown”, “No Rest For The Weary” and more) which tell a story of aspiration, despair, fortitude and ultimately a return to optimism.

The Tour brings String Theory to the stage with many leading symphonies at some of the most iconic venues, among them the National Symphony Orchestra at the Filene Center at Wolftrap and the Pittsburgh Symphony Orchestra at Heinz Hall, already announced earlier this year and on sale now. New dates include Los Angeles at The Greek Theatre, New York at the Beacon Theatre and Chicago at the Chicago Theatre, on sale July 27th. US and Canada dates continue throughout the Spring of 2019, with international dates to be announced later this month taking the tour to Europe, Australia, and more in Spring 2019.

String Theory is the next frontier for HANSON, telling a story of aspiration and fortitude against the odds. The music resonates with authenticity, coming from a group whose signature is never to chase trends, but instead to stay focused on their melodic craftsmanship, establishing themselves as one of the few artists of their generation able to continually reinvent and reimagine their music, which has helped them to maintain an active global fanbase over 25 years after their founding.