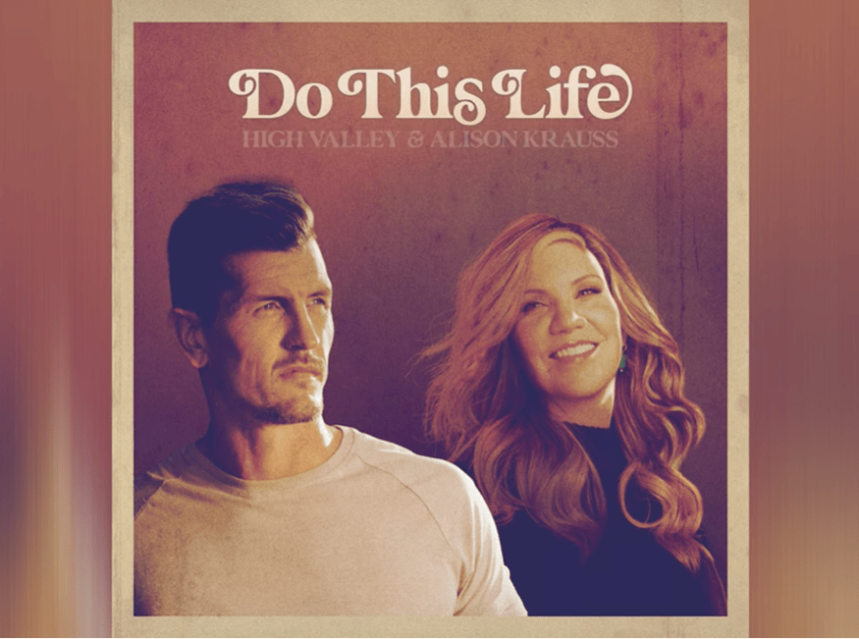 From upcoming NEW High Valley album ‘Way Back’ this Spring 2023  featuring ‘Do This Life’, ‘Country Music, Girls & Trucks’ (Feat. Granger Smith), ‘Whatever It Takes’ and More

TORONTO, January 14, 2023 – Platinum certified, award winning group High Valley teams up with 27x GRAMMY Award winning songstress Alison Krauss to deliver a collaborative version of ‘Do This Life’, available now via Cage Free Music/The Orchard. Previously featured on High Valley’s 2022 album Way Back, ‘Do This Life’ serves as the first release off the forthcoming deluxe version of Way Back, due out this spring.

High Valley frontman and founder Brad Rempel had a hand in writing all thirteen songs on the original record, adding to his growing list of credits which include outside cuts with artists such as Trisha Yearwood, Granger Smith, Clay Walker, Jimmie Allen, Dylan Scott, Lathan Warlick, Dan Tyminski, Paul Brandt, and Lindsay Ell.

Stream/Download ‘Do This Life’ HERE

“A duet with Alison Krauss is a literal dream come true. When I heard our voices blend together for the first time, I knew we had something special.” Adds Krauss, “Singing with High Valley Sounds Like Home,” shares Rempel.

“My girlfriend (now wife), and I were both huge Alison Krauss fans, so much so that I learned how to play ‘When You Say Nothing At All’ on the guitar and played it for our proposal. Fast forward to today and now I get to release a song with Alison Krauss! Life is amazing!” adds heartfelt Rempel.

Multi-platinum country group High Valley have cultivated a loyal following that craves the band’s upbeat messages, anthemic melodies and signature fusion of contemporary country and traditional bluegrass. The musical blend has resonated with fans in the group’s native Canada and the U.S. with a force that propelled High Valley to be the top-selling Canadian band in country music history. Led by founder, lead singer/songwriter and 6-time SOCAN Country Music Award Winner Brad Rempel, the group has amassed more than half a billion global streams, notched back-to-back gold singles in the U.S., achieved multiple No. 1 songs in Canada, two gold albums and six platinum singles.

High Valley has been nominated for ACM, CMT and JUNO Awards and have earned multiple CCMA Awards, with the group’s hits including “Make You Mine,” “She’s With Me” and “Grew Up On That.” In May 2022 the group shared their sixth studio album Way Back which included 13 tracks all co-written by front man Rempel who harnesses a downhome modern style in his writing that is authentic to the group.

Most recently, High Valley collaborated with world-renowned artist Alison Krauss on their latest release ‘Do This Life’, the first single off their forthcoming Way Back deluxe album due out in 2023. This year also marks Rempel’s debut as a television co-host, starring in the brand-new home flipping series called “Flip U” alongside Jennifer Wayne. A celebration of DIY, country music, and the hottest real estate market in Tennessee, season one of the multi-part series will air on The Design Network this spring.