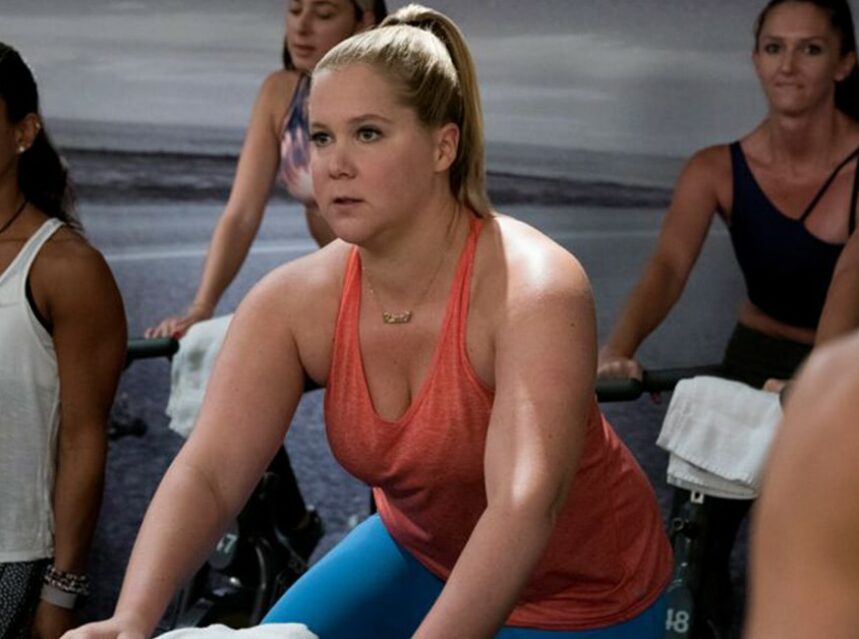 I Feel Pretty – Renée (Amy Schumer) has a problem: she is a sweet young lady, efficient in her work –although she detests working in the dark basement where the office is located—but she is overweight. This aspect of her physique makes her unhappy and obviously, it has damaged her self-esteem and self-confidence. Indeed, these two qualities are absent in her personality. She tries to do something and goes to a gym, only to see her inadequacy made more conspicuous. Her only consolation seems to be the company of two other girls facing similar problems, Jane (Busy Philips) and Vivian (Aidy Bryant).

When Renée tries the gym again, a fortuitous event, potentially embarrassing like her previous experience at the gym, turns her life around, however. The accidental blow to her head indeed changes not only her own perception of her body but also, and as a result of that, it injects into her personality what now seems a hefty dose of self-assurance. Armed with this new perception of herself, Renée decides to apply for a job at the headquarters of the cosmetics company for which she used to do website design in a basement. Of course, she gets the job and not only that, her perspective as an average consumer of cosmetics, would soon be appreciated by those who run the company: Avery LeClaire (Michelle Williams) and Grant LeClair (Tom Hopper). She also gets a boyfriend, played by Rory Scovel, who has some issues of insecurity himself.

Directed and written by Abby Kohn and Marc Silverstein, this film seems to come as a reaffirmation of well-known arguments in favour of going beyond skin-deep beauty, and it is on the same page as the feminist discourse that dismisses a traditional notion of beauty created by the media and advertising. At times it becomes too obvious in carrying this message, and therefore some people may discard it as too politically correct. Despite this too didactic approach, however, this comedy has some merits, and although the plot is too simplistic, it may entertain and make some people see beyond our conventional notions of beauty.

Feature image: FeelPretty – Renée (Amy Schumer) has a problem with her image