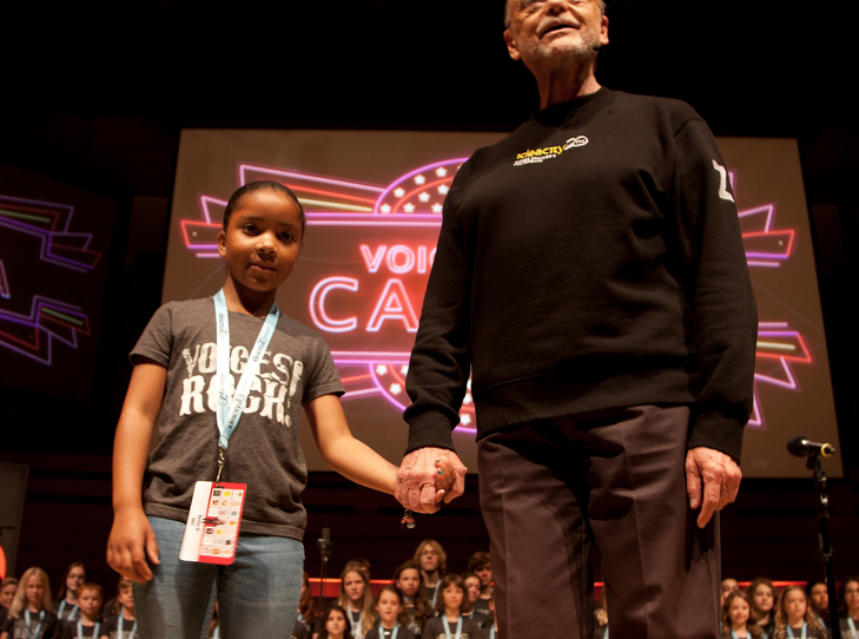 TORONTO, ON., June 15, 2020 — Moses Znaimer’s IDEACITY, Toronto – This is the 20th anniversary of IDEACITY, an annual conference on cutting-edge ideas that takes place in Toronto bringing together leading thinkers and influencers from all over the world. Like many other events, IDEACITY 2020 has been postponed to June 2021 because of the COVID-19 pandemic. This year, in lieu of their traditional in-person experience at Koerner Hall, IDEACITY will be offering a free Livestream of an entire 3 days of pre-recorded talks on June 17, 18, and 19 as they unfolded on-stage last year although the presentations are still fresh and relevant.

“Our content will continue to include ‘the smartest people with the biggest ideas’ on such topics as technology, privacy, democracy freedom of speech, AI, adventure, human nature, health and longevity, and human rights,” says Connie Diletti, IDEACITY’s producer.

IDEACITY is the brainchild of Canadian media mogul Moses Znaimer, an innovative pioneer of independent broadcasting in Canada. He is responsible for specialty channels like City-TV, Vision TV, and Bravo which got a makeover last year and is now known as CTV Drama Channel.

Over the years, IDEACITY has built up a loyal following of enthusiastic ideas seekers. The founder of ZoomerMedia has this message for them along with newbies who will be checking out IDEACITY for the first time, virtually speaking: “Here’s an inconvenient pandemic truth – you’re stuck at home with plans to clean the basement. Guess what? You won’t. But, so what? Refurbish your mind instead!”

Day 1 of IDEACITY will kick off with Voices Rock Canada’s youth choir of children in grades 3-12 while Day 2 will feature a performance by Toronto’s own powerhouse singer Roberta Battaglia, the 10-year-old Golden Buzzer winner who brought down the house on America’s Got Talent. This year’s roster of 50 well-known presenters from all walks of life includes Hazel McCallion who served as the 5th Mayor of Mississauga, Ontario from 1978-2014. At 99-years young (98 years in the pre-taped video), the first and current Chancellor of Sheridan College is a hard act to follow.

Other presenters include human rights advocate and former Attorney General of Canada Irwin Cotler, Canadian-born British author, and former newspaper publisher Conrad Black, Canadian television personality and political satirist Rick Mercer, best known for his work on This Hour has 22 Minutes and the Rick Mercer Report, Montreal Gazette political cartoonist Terry Mosher who draws under the name Aislin, and Canadian independent filmmaker, journalist, and hypnotist Albert Nerenberg. Dr. Bob Richards, co-founder, and CEO of Moon Express returns to IDEACITY to talk with planetary scientist Dr. Pascal Lee on “Moon, Mars, & Beyond” while anthropologist, writer, photographer, and filmmaker Wade Davis whose work has taken him from the Amazon to Tibet, Africa to Australia, and Polynesia to the Arctic will speak about at-risk cultures and ecosystems.