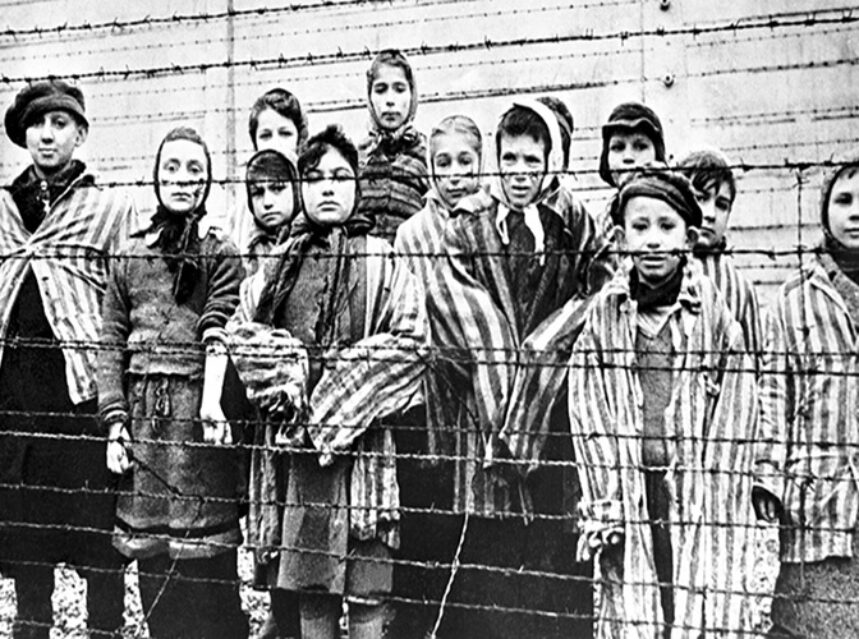 In the Name of Humanity – About 20 years ago, when Montreal-born investigative journalist Max Wallace published a book with fellow Montreal-born investigative journalist Ian Halperin that dealt with the shady circumstances surrounding the death of grunge rocker Kurt Cobain, he told me of a book he was working on at that time, in which he was doing a great deal of research about. It was about a secret deal to quickly end the Holocaust in early 1945, as Nazi Germany was on the heels of losing World War II, as the Allies were making their way to Berlin from both eastern and western Europe.

What was so astonishing about this revelation on the clandestine negotiations that was to hopefully save the remaining Jews of Europe from certain death in the Nazis’ vast network of concentration camps, was that the individual who engineered what he hoped would be a negotiated settlement to end this systematic genocide that was claiming close to six million Jews, was the man who practically initiated this horrendous exercise in mass murder: SS chief Heinrich Himmler.

In his latest book In the Name of Humanity (the title is suggested by the phrase that was used to seal an agreement that Himmler helped to negotiate in March of 1945, which would spare the lives of the remaining Jews who were held at Nazi concentration camps in Germany in the wake of an Allied victory in Europe), Wallace effectively chronicles the secret missions, attempts and negotiations that were initiated to help rescue the thousands of Jews in Nazi-occupied Europe, in hope for a quick end to the Holocaust.

There are two amazing things that will captivate the readers of this book. First of all, the cast of characters who became unlikely of heroes in their tireless – and sometimes dangerous – efforts towards this mission of mercy. They include Recha Sternbuch, an Orthodox Jewish woman based in Switzerland who lead a rescue committee with her husband Isaac; Paul Gruninger, a Swiss police captain who aided the Sternbuchs in smuggling Jewish refugees across the border into Switzerland (which later cost him his job); Jean-Marie Musy, the former President of Switzerland who used his influence towards a rescue mission of the Union of Orthodox Rabbis; and probably one of the most unlikeliest of heroes in this book is Felix Kersten, the Finnish-born osteopath and masseur who had Himmler as one of his clients (to help him with his chronic stomach troubles), and virtually convinced the Nazi leader towards the negotiated agreement that would bring an end to a genocide that already eliminated the lives of nearly six million Jews.

Second, the book shows how easily influenced the fanatically meticulous Himmler was towards an agreement that he would never associate himself with. However, Wallace proves that Himmler’s motivations were rather selfish in purpose; basically, he wanted to save his own skin and convince the western Allies that if he could avert the systematic murder of more Jews in the camps according to the strict liquidation orders that were issued to him by Hitler, he somehow believed that Germany, Britain and the U.S. could focus their attention on fighting the quickly advancing Russian army and defeat the spread of Communism that would gobble up most of Europe.

Thanks to Wallace’s penchant for thorough research and conducting countless interviews with survivors and experts, the last third of the book that deals with the maneuvers and mechanics of these secret negotiations between Kersten, Musy and Himmler almost reads like a spy thriller novel in the style of Ken Follett or Frederick Forsyth (and just as riveting). And the moment when Himmler and World Jewish Congress representative Norbert Masur finally meet face to face during an arranged middle-of-the-night meeting at Kersten’s villa in Germany is a very fascinating – yet chilling – moment of improbable history (by the way, when the two are formally introduced, the uneasy silence that enveloped the room was broken when Himmler simply said to Masur “Good day. I’m glad you’ve come.”)

In the Name of Humanity is a wonderfully engrossing example of hidden history, in which Max Wallace’s superb research skills of digging up long lost documentation and crafting it into a highly readable book, has brought to life a much forgotten chapter in the history of the Holocaust. After reading this book, one has to ask themselves that if the United States, Britain and Canada were more aware and sympathetic to the plight of oppressed Jews in Nazi-occupied Europe, and would have taken action much sooner rather than preferring inaction and apathy, that the number of Jews who would have been rescued from the iron jaws of Hitler and the Nazis would have been much greater.

Feature image: A group of child survivors behind a barbed wire fence at the Nazi concentration camp at Auschwitz-Birkenau in southern Poland. (Alexander Vorontsov/Galerie Bilderwelt/Getty Images)

holocaust, In the name of Humanity review, Max Wallace