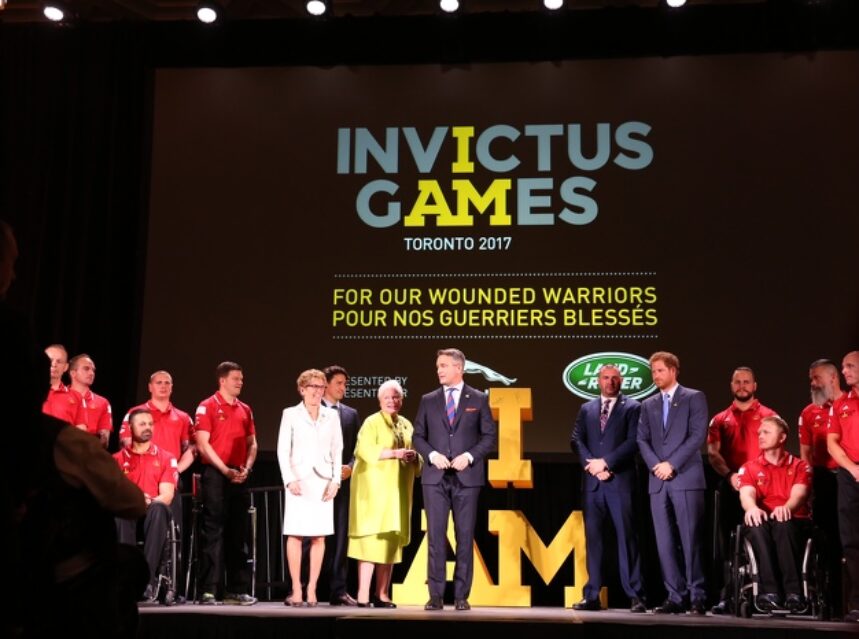 Let the Invictus Games begin. The first day of the competition is well under way tonight. The passion project of Prince Harry, the sporting event for wounded soldiers and veterans, has brought people from around the world to Toronto to compete and the prince was at the first events today to cheer on the participants.

At Nathan Phillips Square today, the wheelchair tennis took place. The court has been set up under the freedom arches and that competition will continue tomorrow.

This is the first full day of events at the Invictus Games. 17 countries are competing in 12 different events. The games continue all week long.

Last night, it was a star-studded affair for the games’ opening ceremony at the Air Canada Centre. The Invictus flame was lit signalling the start of the games for the more than 550 participants from 17 different countries slated to compete. Prince Harry welcomed them all to the games. The prime minister as well as U.S. First lady Melania Trump were in attendance. The ceremony included stories from soldiers and veterans as well as musical performances including Alessia Cara and Sarah McLachlan. And prince Harry’s girlfriend Meghan Markle was also in attendance but left the arena right after Harry delivered his speech.

The Invictus Games were established by Prince Harry, to create an event to show how the power of sport can help wounded warriors physically, psychologically and socially.

USA will be competing against 11 other countries for gold, including Estonia, Australia, Canada, Denmark, France, Germany, Georgia, Netherlands, New Zealand, Romania, and UK.

A web video broadcast is available to download free of charge and copyright at: https://www.digitalnewsagency.com/stories/11601.

This includes interviews with the competitors, presentation of the medals and in-car camera views.
By: Nazaneen Baqizada