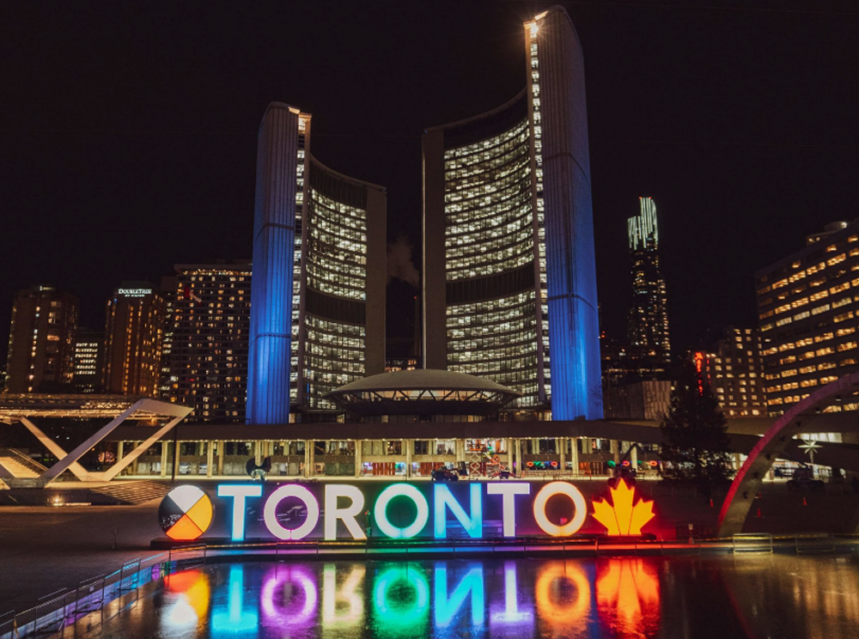 Toronto is an incredible city. A mecca for young, ambitious Canadians across the country and the envy of internationals eager to experience the desirable mix of city lifestyle and laid-back, Canadian attitudes. However, like any city, Toronto has its downsides. The question is now, are those downsides reason enough to move out of Toronto?

The ongoing urban exodus from major cities to greener pastures was one of the primary stories of the pandemic. Deep into 2021, people are still making this significant life choice, leaving the pressures of modern city living behind them. Sound appealing? Today we’ll analyze this question and see where or not now is the time to move out of Toronto

Toronto was a city hit hard by the COVID-19 pandemic

The province of Ontario saw significant job losses throughout 2020, as small businesses struggled with the lost revenue of closure, particularly across service and hospitality. While Toronto was not the leading city for this unfortunate statistic, many of its primary industries saw their most difficult year for decades

Of course, housing is one of the primary factors of a successful city. While not on the level of some other major worldwide cities, Toronto does have its own difficult housing situation:

When coupled with significant job losses and widespread economic depression, housing costs such as these simply don’t align. This highlights a major reason why people may be looking at life outside of Toronto, particularly in a work-from-home world where accessibility to the office isn’t a defining factor.

Why you should move out of Toronto

Looking at those figures, living in Toronto can get expensive rather quickly. With that in mind, what are some other reasons that might convince you to leave?

Well, money is a big issue. On top of housing costs, Toronto significantly eclipses nearby smaller cities such as Hamilton in everything from groceries to local amenities and culture (although it does impressively well in utility bills). These little differences might not sound like much, especially to locals looking to settle down out of the 20s lifestyle and start a family, but those differences can add up quite quickly and leave a significant dent in your pocket.

It’s not just your financial health that can be boosted by moving out of Toronto, but your physical health too.

It’s well noted that big cities represent high pollution areas, even those with excellent cycling networks such as Toronto. You don’t just get more bang for your buck outside of Toronto, but possibly a better quality of life to go with it. Green space and access to more of the country’s natural beauty might not please the music lover and bar hopper within you, but it can have an immediate impact on your physical and mental health, especially in a world still wrestling with the pandemic.

Perhaps the best reason to leave Toronto however is the large variety of possible destinations just outside of the city. If family and friends are important to you and you’re reluctant to leave them behind in Toronto, moving out of the city doesn’t have to be a cut-off point for those relationships. Ontario is a thriving region, with a selection of wonderful towns and cities such as Brampton, Guelph, Stratford and many more within a 100 km radius.

Moving has never been easier either. Digital tools and online services have been the saviours of real estate throughout the pandemic, with virtual tours and online platforms allowing people in Toronto to find mortgage agents and brokers in London, Ontario and other nearby destinations to help them secure a deal without ever having to leave their home. There truly is no excuse if you’re hungry for somewhere new.

Why you should stay in Toronto

It’s hardly all doom and gloom though. If you can afford the costs, Toronto is still an inspiring and enlightening place to live with a ton to offer.

The city is full of thriving subcultures, from music to the arts. Local stores and eateries are brimming with guests, along with popular parks, beaches, as well as indoor and outdoor recreation locations post pandemic. While, ample bike share options and added bike lanes have made a less than walkable city, more accessible.

Of course, not all areas of Toronto are equally financially sapping. There are many less expensive neighbourhoods with thriving, multicultural communities that offer a respite from sky-high rents.

Toronto is also a thriving hot spot for new media and marketing careers, with Social Media Week one of the numerous highlights for the city.

Perhaps the most interesting thing about Toronto right now is how the city is recovering from the pandemic. Remarkably, despite significant hits to the sector elsewhere, Toronto restaurants adapted and weathered the COVID storm to survive with flying colours. This is the sign of a resilient city on the up, that is still a brilliant place to call home.

What does moving out of a major city mean?

Moving out of a major city is not a decision to be taken lightly.

All the reasons you might move to a city such as Toronto are very often the same reasons you should stay. Culture, art, music, lifestyle, great food, and job variety are all part of what makes this city great, and while other areas can boast some of these elements, they’re not all equally as woven into the fabric as they are in Toronto.

Moving out of a major city means significant costs, whether you’re leaving a rental property or trying to sell your house. This is not a snap decision, but a long process that might take you months.

Likewise, even if you’re working from home now, you may be called back into the office at the whims of your employer or find yourself considering a career change. Unless you’re moving to a city that specializes in your career path, and some do specialisms well, there’s less chance of finding great employment outside of a thriving city. That, coupled with weaker transport links, might make itchy-footed Torontonians reconsider.

Moving out of a major city, particularly one you’ve lived in for a long time, built a life in and grown accustomed to is no easy decision.

So much of modern life’s benefits can only be found in these major areas, but a life you might never have imagined could easily be on the other side of the city border. Consider what you want in life. Chances are, Toronto can offer 90% of it. But that 10% might just be the most important.