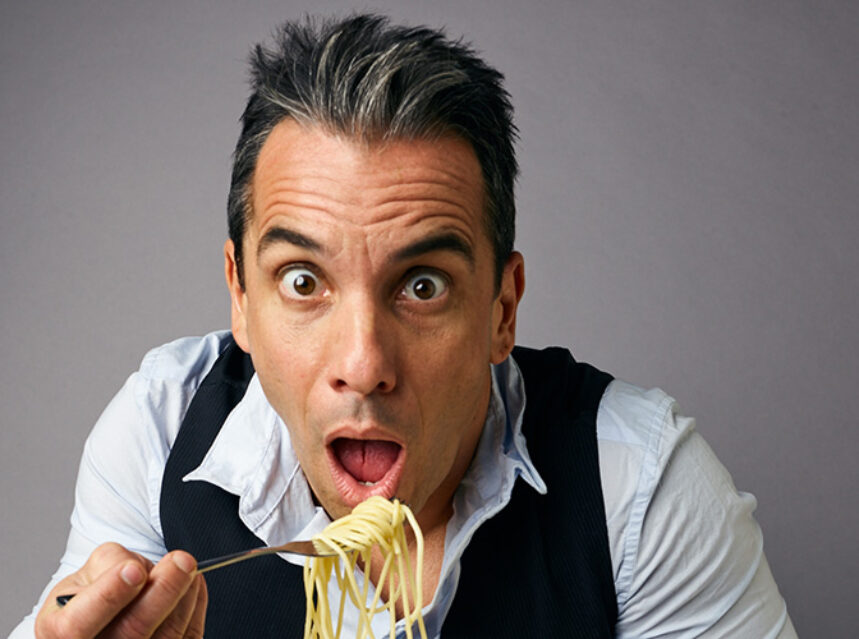 Sebastian Maniscalco “Stay Hungry” – A string of record-breaking sold out comedy appearances, a new top-ranked show on SiriusXM, “The Pete & Sebastian Show,” and inclusion on Forbes’ 2017’s “The World’s Highest Paid Comedians” who praised, “thanks to his enthusiasm and willingness to work, Maniscalco will likely continue to be on Forbes’ list for years to come,” comedian Sebastian Maniscalco is having an incredible year. People Magazine’s “The people’s comedian” is hitting the road for 15 cities in 2018 beginning with a January 5 opening in Montreal, Canada, where he was dubbed “Stand Up Comedian of the Year” at Just For Laughs Festival. Tickets on sale now at:  sebastianlive.com.

The tour title is appropriate as not only is “Stay Hungry” the name of his forthcoming 2018 book for Simon & Schuster, but it is also his personal motto.

“The Stay Hungry tour marks the release of my book while I also venture into this new chapter of my life: being a dad. Lately, I’ve found myself reflecting on my path and all of the hard work it has taken to get to this point in my career. I hope to one day pass these values on to my daughter and encourage her to stay hungry for more,” shares Maniscalco, who has expanded his major motion picture portfolio to include a voice-over for character Johnny the Groundhog in the animated feature “Nut Job 2” and appearances in films including the Will Ferrell-starring New Line Feature comedy “The House” and a role in 2018’s “TAG,” starring alongside Ed Helms and Jeremy Renner.

Dubbed “one of the hottest comics” by Newsday and “one of the funniest comics working stand-up today” by Esquire, Sebastian’s live performance has become a critically-acclaimed event, with the Los Angeles Times raving, “onstage, there’s an impatience to Maniscalco’s delivery as well, a hair-trigger exasperation with people and modern life, punctuated with baffled expressions, percussive thumps on the microphone and wide-swung leg kicks more associated with an Olympic speed-skater than a stand-up comic.”

Instead of asking questions – a theme that has served as the foundation of his previous comedy specials and shows like Aren’t You Embarrassed? and Why Would You Do That? – Maniscalco’s new tour has the affable performer instead encouraging fans to follow in his footsteps and “stay hungry.”

Shares the man The New York Times raved for his “own kind of panache,” “Even though I’ve achieved some success, I will always stay hungry for more.”