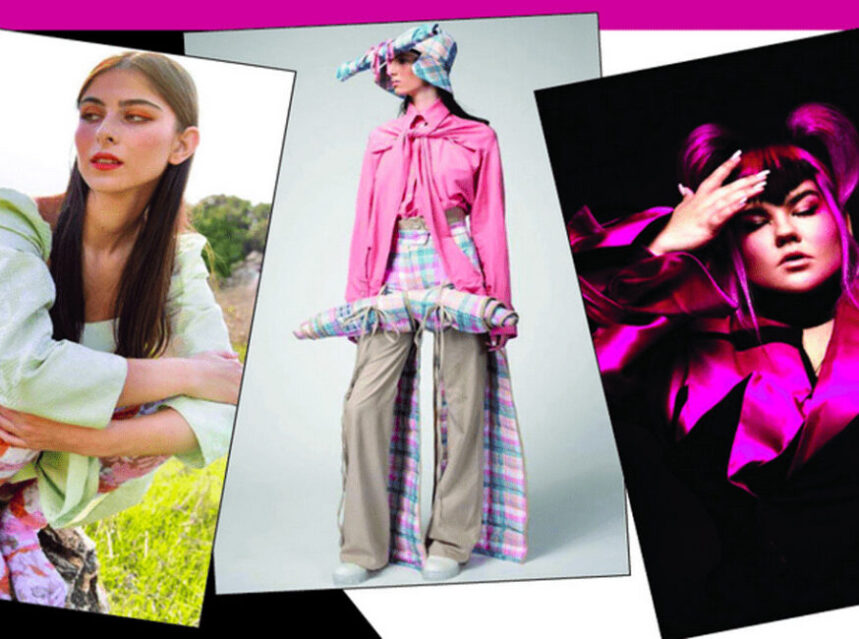 Featured designer Aharon Genish, was raised in the ultra-Orthodox Jewish community of Bnei Brak, Israel, where he suffered major hardships and exploitation, including sexual assault as a child. He channeled his childhood struggles into his creative pursuits, graduating top of his class in 2018 with a final collection for which he received top awards and recognition. His final collection, ‘You Will Not Be Silenced,’ exposed his tragic past for the first time.  His use of fashion and art to address his childhood trauma earned him huge accolades and international attention, including a feature in Vogue, Italy. He won the prestigious ‘Mifal HaPais’ Design Award after graduation, which gave him the financial backing to continue designing. His stunning first collection as an independent designer was set to launch on the runway of Israel’s Fashion Week in March 2020.  Due to the pandemic, the event was cancelled, but his collection, a juxtaposition of traditional orthodox garb and modern design, was visually captured and will be showcased at the event. CHW’s FASHION BLOOMS marks a pivotal point in Aharon’s career as his first exclusive interview and breakout introduction to a North American audience.

“I am profoundly awestruck by the provocative and sophisticated collection titled “You Will Not Be Silenced” by young Israeli designer, Aharon Genish, who provided a creative window into his personal, emotional, and powerful past life. This is a collection that must be viewed, and I am so thrilled to introduce it to a Canadian audience,” says Jeanne Beker, event emcee.

The CHW Neri Bloomfield Academy of Design in Haifa, Israel awards academic degrees in a wide variety of creative fields, including graphic design, architecture, and fashion. This institution is building academic excellence and becoming a major influencer and innovator in the world of design. A highly respected design school of higher learning, it nurtures individual creativity among its student body while instilling a sense of community.

CHW is a non-political, nonpartisan national network of dedicated volunteers and professionals who strongly believe that the advancement of childcare, education, healthcare, and women’s issues transcends politics, religion, and national boundaries. Over the last century, CHW has been involved in all aspects of Israeli life, passionately supporting women, children, and families in Israel and here in Canada.