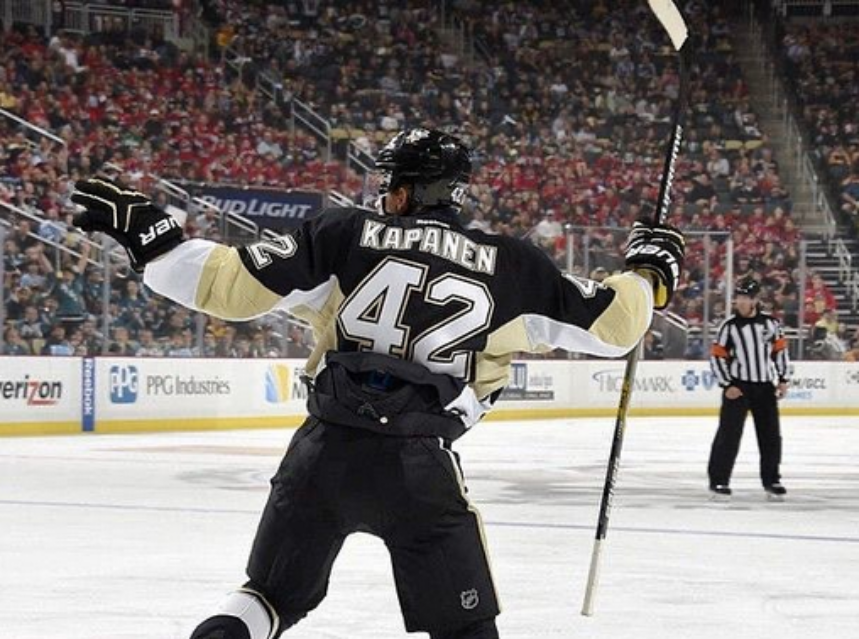 TORONTO, ON., Aug. 25, 2020 — Well it did not take long for Leafs GM Kyle Dubas and company to start making moves following the blue and white’s’ early exit at the hands of the Columbus Blue Jackets. Today the Toronto Maple Leafs announced that they have traded forward Kasperi Kapanen to the Pittsburgh Penguins in a six-player deal that includes a 2020 first round draft pick heading to the 6ix.

The trade, which will see Leafs’ winger Pontus Aberg and defencemen Jesper Lindgren also headed to Pittsburgh was announced Tuesday morning by both teams. In return Toronto will receive the Penguins’ 2020 first-round draft pick, which will be 15th overall, in addition to forwards Evan Rodrigues, Filip Hallander, and defenceman David Warsofsky.

Kapanen, 24, scored 36 points (13 goals, 23 assists) in 69 games with the Leafs this season, and had two assists in a losing cause to the Columbus Blue Jackets in the Stanley Cup Qualifiers. He has 90 points (41 goals, 49 assists) in 202 NHL games, and seven points (four goals, three assists) in 25 postseason games.

The Penguins drafted Kapanen, who is the son of former NHL forward Sami Kapanen, in the first round (No. 22) of the 2014 NHL Draft. He was acquired by the Maple Leafs on July 1, 2015, in a trade that sent forward Phil Kessel to the Penguins.

“It was a once in a lifetime opportunity to play for the Leafs,” said Kapanen on Instagram. “I will forever be grateful for the experience and for my teammates. That being said I could not be more excited and ready to be a Penguin again. I can’t wait to go back to where it all began. Cheers everyone, see you soon Pitt,” said Kapanen.

“I feel like I’m an energy player,” Kapanen told NHL.com. “I bring as much energy as I can and do everything I can, really, to help the team. I’m not going to be the biggest goal-scorer, the point-maker. That’s not my job. But just to be a part of the team and do anything possible to help our team win night in and night out is something I’m going to try to do.”

“Kasperi is a good, young player that brings speed to our lineup and plays the way we want to play,” Penguins general manager Jim Rutherford told NHL.com. “Having previously drafted him, we know him as a player and feel he can improve our top six. Aberg and Lindgren are both young players that will further add to our organizational depth.”

The trade will allow the Leafs to free up a little cap space as Kapanen has two seasons left on his three-year, $9.6 million contract. This will allow Dubas some wiggle room to make further trades and perhaps test the waters of free agency.

In addition to a 2020 first round draft pick the personnel being added to the Leafs roster are:

Evan Rodrigues, a 27-year-old Toronto native, has registered 72 points (27 goals, 45 assists) in 199 career NHL games with Pittsburgh and the Buffalo Sabres. He recorded nine points in 38 games with Buffalo last season before a February 24 trade sent him to Pittsburgh, where he posted one goal in seven games with the Penguins. He originally signed with Buffalo as a free agent on April 22, 2015.

While Filip Hallander, a 20-year-old from Sundsvall, Sweden, recorded 35 points (12 goals, 23 assists) in two SHL seasons with Lulea HF (2019-20) and Timra IK (2018-19). Hallander played for Sweden at the 2019 IIHF World Junior Championship and missed the 2020 tournament due to injury. Hallander was selected by Pittsburgh in the second round (58th overall) of the 2018 NHL Draft.

David Warsofsky, a 30-year-old native of Marshfield, Massachusetts, tallied 33 points (10 goals, 23 assists) with the American Hockey League’s Wilkes-Barre/Scranton Penguins in 2019-20. Since being selected by St. Louis in the fourth round (95th overall) of the 2008 NHL Draft, Warsofsky has registered 11 points in 55 career NHL games and 233 points in 454 career AHL games. He was named to the AHL Second All-Star Team with Wilkes-Barre/Scranton in 2016-17.

Meanwhile the Penguins say hello to Leafs winger Pontus Aberg who was drafted in the second round of the 2012 NHL Entry Draft, 37th overall, by the Predators along with 23-year-old defenceman Jesper Lindgren who was a 2015 fourth-rounder working his way up the ladder and playing with the Toronto Marlies in 2019-20.