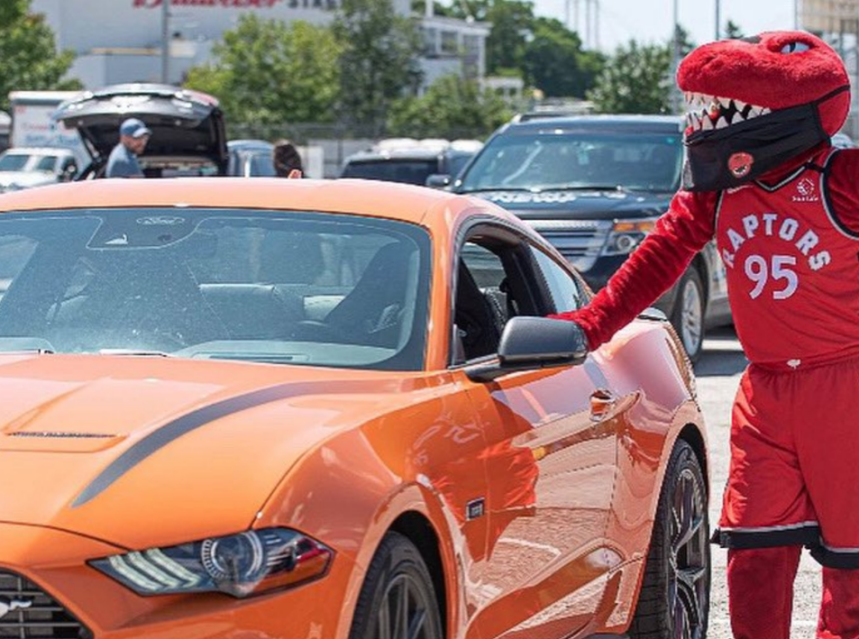 TORONTO, ON., August 19, 2020 — Although the Leafs had an early exit there is still a lot of great sports to watch at the OLG Stage drive-n on the Ontario Place grounds. MLSE and Live Nation partnered with OLG to offer Toronto sports fans a drive-in experience to watch playoff games (and live concerts) and the fans are loving it. They have even braved torrential downpours to watch their beloved Raps. Now word is the next two Raptors games are already sold out but TFC fans get their opportunity on Friday night when the play the Vancouver Whitecaps.

Toronto FC has begun a run of six games against Canadian teams in order to limit travel to just one country for now due to border restrictions. Each Canadian MLS team will play six games kicking off against each other three times during the all-Canadian portion of the schedule. These games will conclude on Sept. 16 with the results counting in the MLS standings. The team that earns the most points over this stretch will qualify for the 2020 Canadian Championship final.

Vancouver Whitecaps head coach Marc Dos Santos told CBC that, “The difference is that at the same time we’re playing for a Canadian Championship finalist spot, we’re also playing for points in the MLS standings.”

So these games are important, as the winning MLS team that gets into the Canadian final plays the winner of the Canadian Premier League’s 2020 season, currently being played in Charlottetown. The Voyageurs Cup Champion then gets to advance to the CONCACAF Champions League.

Last night TFC defeated the Whitecaps 3-0 at BMO Field on the strength of two goals from Pablo Piatti and a 83-minute marker from Nick DeLeon. This was Piatti’s first game at BMO Field and he certainly made his presence known. And so did TFC fans because despite being unable to attend some fans congregated across the road from the north end of the stadium, performing their usual antics TFC rituals of chanting, singing, waving flags, lighting flares, and banging drums with enthusiasm throughout the match.

Toronto FC are second place in the Eastern Conference just one point behind the Columbus Crew. They are unbeaten in 16 straight regular-season games dating back to last season.

And you can watch all the action at the OLG Stage. Drive in, get comfy, and enjoy some of the best entertainment Toronto has to offer.  Book as early as you can if you want to join in the Raptors parties.

For each event you’ll park your car in your designated spot and watch the live game from a massive 40-foot screen or live-on-stage for concerts. Ahead of each TFC and Raptors playoff game, there will also be a 30-minute pre-game show to get you pumped and award some awesome prizes!

Once you purchase a ticket, you’ll be able to pre-order food and beverages online, along with merchandise. And once you arrive at the event, we’ll deliver your order right to your vehicle.

Each event will comply with all health and safety standards and guidelines per City of Toronto and Province of Ontario regulations in order to protect fans, artists, crews and staff.