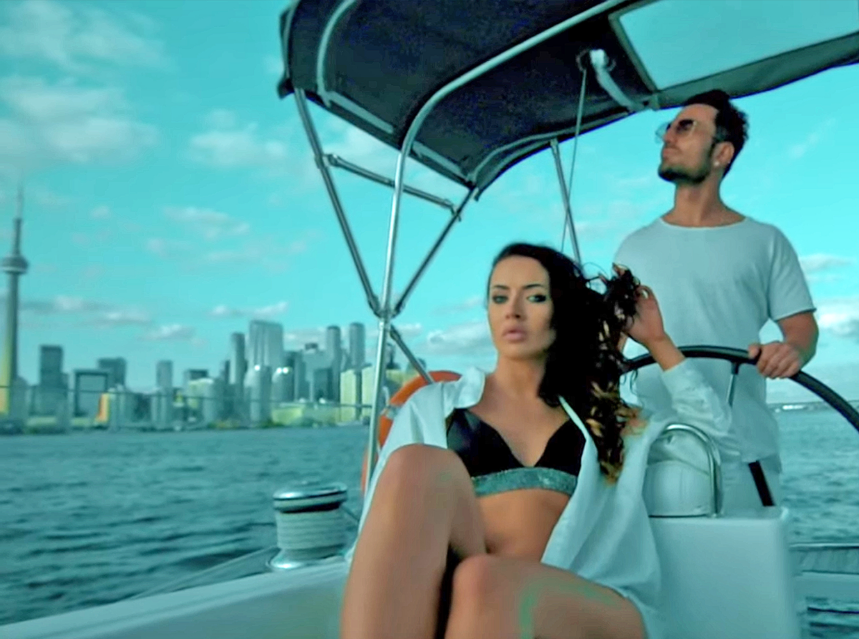 Toronto, ON., June 25, 2020 – Yesterday, Toronto-based singer/songwriter KIIA (Kia Ahadi) dropped a hot new visual for “Around The Globe,” and not only is it reminiscent of the 80’s perhaps channeling Duran Duran’s “RIO” video, but it also features Toronto’s skyline and harbour.

The seductive music video for his latest single, “Around the Globe” draws fans in and leaves them wanting more. The track released in May, is a sexy, upbeat track that you won’t soon forget.

Striking out on a solo career, Toronto recording artist, KIIA worked with some of the best music producers in the industry, Glen Morrison, PooBon & Catchybeatz. The evolving artist developed a unique sound combining electronic production with Eastern harmonies.

A talented songwriter, KIIA, is a sought-after songwriter who collaborated with artists such as Iranian rapper Yas and Dia.

KIIA’s journey has been consistent and successful, with a commitment to hard work wherever the path leads. While working on his music, the multi-faceted artist received a degree in Kinesiology & Health Science and turned it into a business success story, from fitness consultant and master trainer to the covers of fitness magazines. But music for the passionate artist won out and he’s never looked back.

With performances in venues from Toronto’s iconic Yonge-Dundas Square to the Los Angeles Convention Center, KIIA’s fans see and feel the intensity of the performer from the moment he takes the stage.