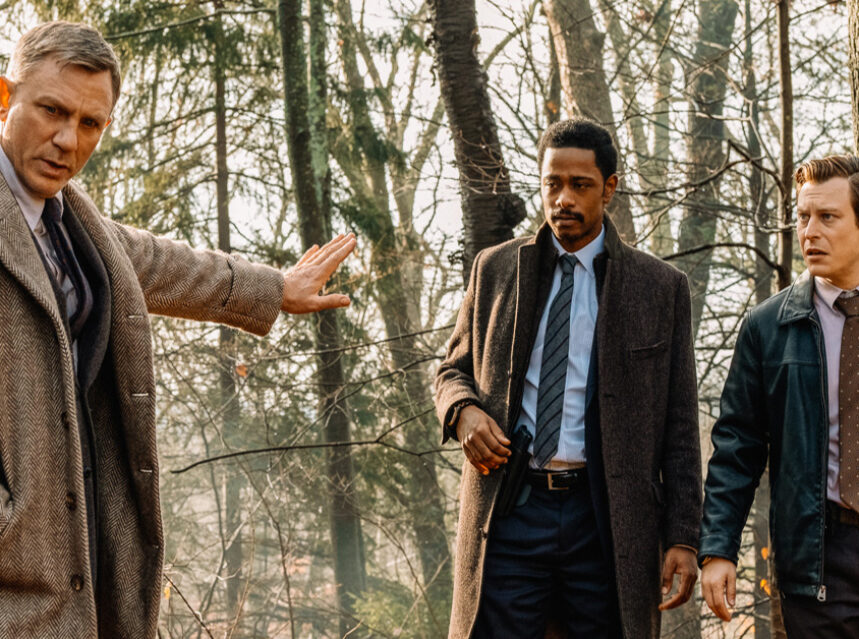 KNIVES OUT – Those who love a good story where crime, suspense, and unexpected twists combine entertainingly and beautifully will undoubtedly be delighted with this movie. Directed by Rian Johnson with a select cast that includes Daniel Craig, as a private detective.  Christopher Plummer, as the famous writer and patriarch who has summoned his family to give them a piece of important information.  With the addition of Ana de Armas, Chris Evans, Michael Shannon, among others, the film takes us to an incisive incursion into the different suspects who could have committed the crime.

The film starts when Marta (Ana de Armas), who works for the famous writer Harlam Thrombey (Christopher Plummer), is asked to go to the residence. The renowned man has been found dead. From that moment on, with a police officer (LaKeith Stanfield) who is not very sure about where to start investigating, and a private detective (Daniel Craig) acting too intrusively for the taste of the family, a series of personal issues affecting each of the writer’s relatives come into the open.  Marta, the only person in the household who is not related to the dead, would also be a suspect.

Like a good thriller, the movie teases the spectator with the many twists of the story, at each turn, forcing the rethinking of one’s own perception of the events. Elements of class distinction and entitlement are also touched in a way that in the end, leave us with a sense of irony about the so-called privileged class.

“Knives Out” is excellent entertainment, a good sample of an old-fashioned crime story in the best tradition of film noir. I highly recommend it. Running time: 130 min.