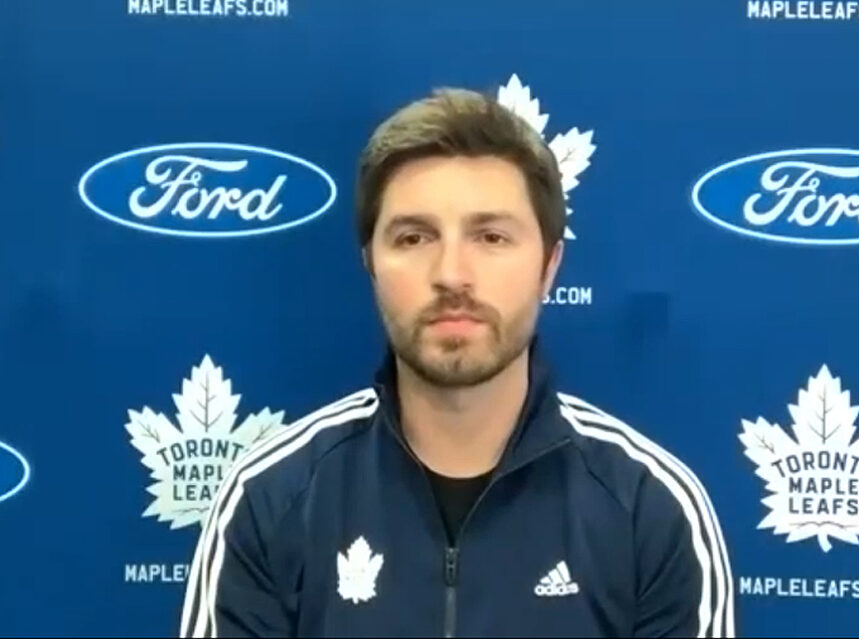 “The all Canadian division I think for us is exciting,” said Dubas. “Given the circumstances and what’s happening in the world and in our area and around the country we are just excited to have this opportunity to play. But to be able to do it against our Canadian rivals… I think the rivalries and the competition will be great but I think what will make this division great is how close the teams are (competitively), how close they were last year. It will really force you to be dialed in on each and every game. They are all vitally important when it comes to the final standings because there are on 56 games in this shortened season, we have to be ready right from the very start,” said Dubas.

“I know people want definitive answers in terms of what we expect, but what I expect right now in terms is our focus to be dialed in every day on building our foundation in training camp and setting us up for the regular season,” said Dubas.

“I think that everything we know about the division (all 7 Canadian teams) is that there are going to be no off nights or no nights that our players or staff can take anybody lightly given that our division is so hotly contested.”

Dubas said being placed in a division with all the Canadian teams is fortunate because it will be so highly competitive and “it will force us to grow with that focus throughout the year. that’s a great opportunity and we’re excited about it,” said Dubas.

The Maple Leafs have invited 40 players to their training camp, including 23 forwards, 13 defencemen and four goaltenders.

Training camp begins on Monday, January 4 at the Ford Performance Centre in Etobicoke and continues through Tuesday, January 12.

Last week the federal government issued an exemption to the mandatory 14-day quarantine period for the players and team staff of Canada’s seven NHL organisations. The Public Health Agency of Canada said they will be allowed to return to Canada for training camp under “national interest grounds,”

The Leafs will open their regular season schedule on Wednesday, January 13 at Scotiabank Arena in Toronto when they take on the Montreal Canadiens.