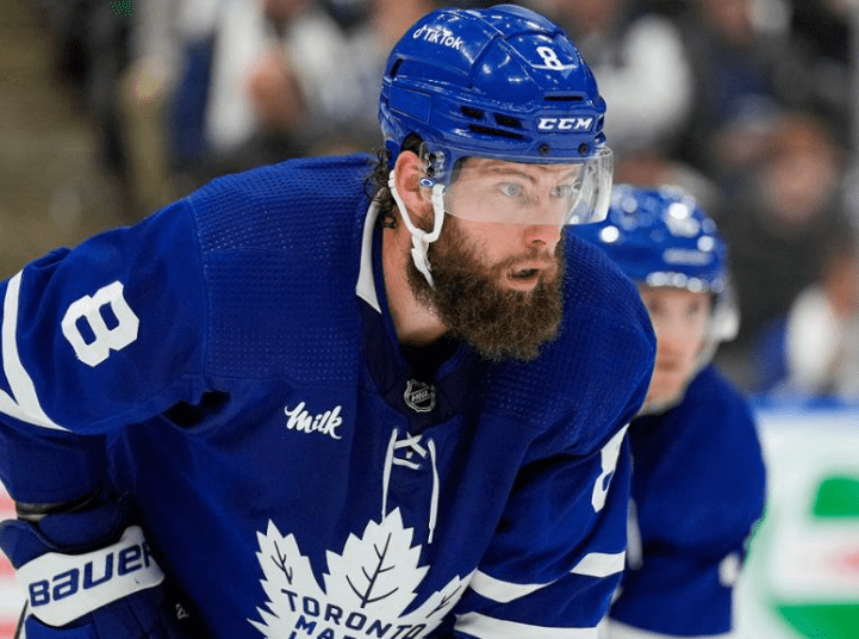 TORONTO, Nov. 14, 2022 – Some bad news from the Maple Leafs camp today as they announce that defenceman, Jake Muzzin is out indefinitely with a cervical spine injury. The Toronto Maple Leafs say Muzzin will be reevaluated in late February. 33-year-old defenceman hasn’t played since Oct. 19. And to make the Leafs’ blueline situation even worse, ahead of Tuesday’s matchup with the Penguins, TJ Brodie has been placed on the Injured Reserve list due to being hit by the puck.

Muzzin has one assist in four games this season. He was placed on injured reserve Oct. 19, two days after leaving a 3-2 loss to the Arizona Coyotes at 11:03 of the second period following a collision with Coyotes forward Clayton Keller. Maple Leafs coach Sheldon Keefe said after the game he was told it is not a recurrence of any head injury but that there was no timeline for a return.

The 33-year-old had two concussions last season and missed part of training camp with back discomfort.

“Jake has had a number of injuries that have been cause for concern for us,” Keefe said. “Anytime a player gets injured and has had as many injuries as Jake has had to deal with, there is concern of course. How much concern? I don’t know. I think it’s probably too early to say at this point. We had an event last night he was at and looked like himself in a lot of ways and was here in the facility today. We will let the process take care of itself with the medical folks and take it from there.”

To make matters worse on the backline, defenseman TJ Brodie was placed on IR with an oblique injury. He was hit by a shot from Chad Ruhwedel of the Pittsburgh Penguins in a 4-2 loss Nov. 11 and missed a 3-2 win against the Vancouver Canucks the next night.

Defenseman Mac Hollowell was recalled from the Toronto of the American Hockey League.

The Maple Leafs (8-5-3) visit the Penguins on Tuesday (7 p.m. ET; TVAS, ATTSN-PT, TSN4, ESPN+) and return to Toronto for a three-game homestand beginning against the New Jersey Devils on Thursday.