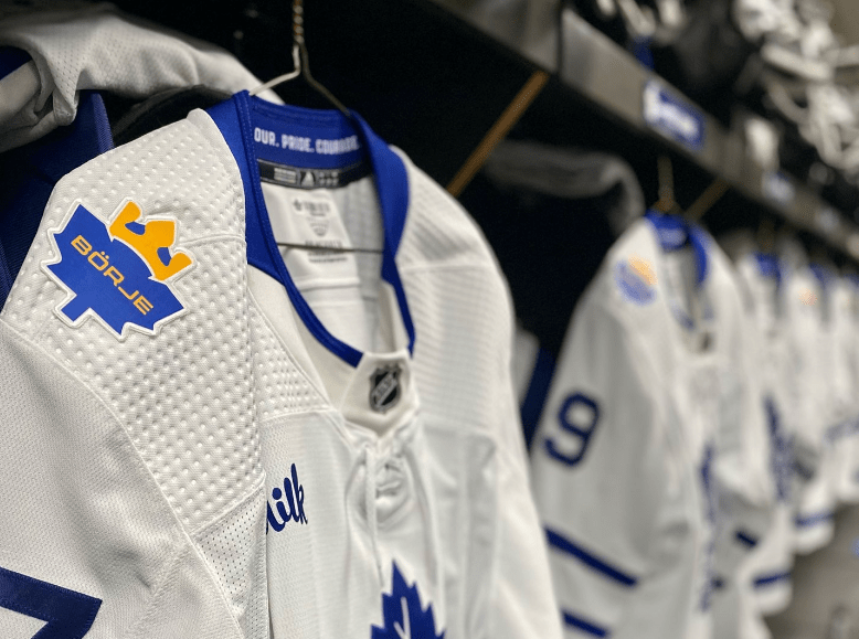 TORONTO, Nov. 25, 2022 – Today, the Toronto Maple Leafs posted an image of the classy Börje Salming patch they will be wearing at today’s game against Minnesota. The patch located on the right shoulder of their away jerseys honours their legendary defenseman following the announcement of the Hall-of-Famer’s passing.

The patch, features the Maple Leafs logo (70s-80s look) with a yellow crown on top representing Sweden – and some say Salming’s nickname “The King – and “Börje” embroidered in yellow uppercase letters. It is sits on the right shoulder of the team’s sweaters.

Three Crowns (Swedish: tre kronor) is the national emblem of Sweden, and present on their national hockey team jerseys, as well as the coat of arms of Sweden, featuring three yellow or gilded coronets.

The players are wearing the patch for Friday’s game against the Minnesota Wild. While Toronto, Borje Salming’s statue has been adorned with flowers.

As of right now there is no word on whether the patch will be worn for the remainder of the season.