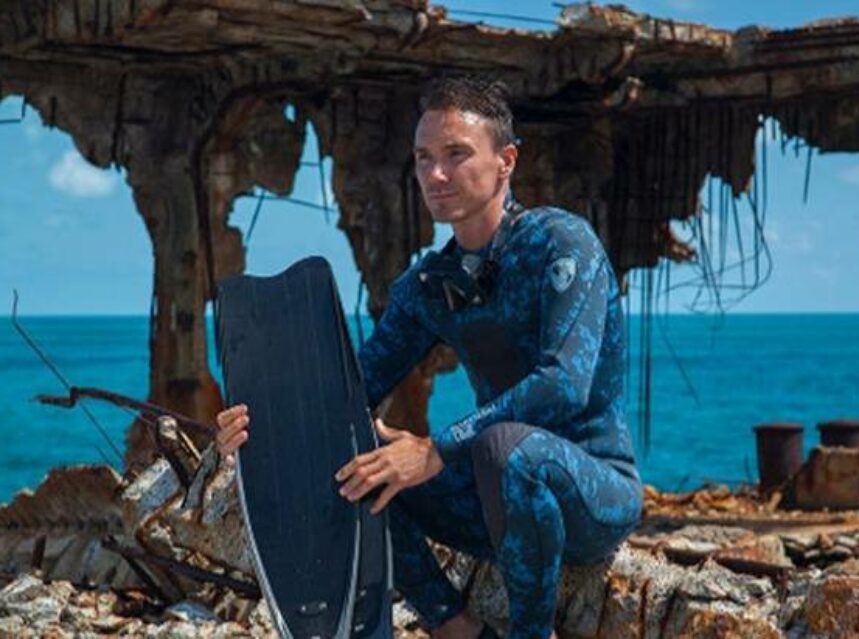 Divers on Friday found the body of Canadian conservationist and documentary filmmaker Rob Stewart, who went missing Tuesday after surfacing from a deep-water dive on the Queen of Nassau wreck near Alligator Reef off Islamorada.

“He was very close to where he disappeared,” Janszen said.

A massive search for Stewart, 37, included two Coast Guard helicopters, agency airplanes and several boats. Crews with U.S. Customs and Border Protection, the Monroe County Sheriff’s Office, the Florida Fish and Wildlife Conservation Commission and the Key Largo Volunteer Fire Department also searched, as did scores of other people with their own boats and aircraft. Rescuers searched almost 6,000 square miles of ocean — about the size of Connecticut — for Stewart.

Divers found his body minutes after Janszen announced the multi-agency search was concluding.

“The decision to suspend a search is very difficult, and is not done lightly,” Janszen said.

Stewart’s family praised the Coast Guard and other agencies for their efforts trying to locate their son and brother.

“The Coast Guard has been like family,” Rob’s father Brian Stewart said Friday. “They have been overwhelmingly supportive.”

Stewart and a small group of divers were filming the next installment of his “Sharkwater” series. He and a colleague resurfaced about 5:15 p.m. and the other diver got onto their dive boat boat and passed out. When the boat crew went to retrieve Stewart, he was no longer in sight. According to an email from the conservation group Sea Shepherd, colleagues think Stewart passed out as well and floated off.

Stewart was using rebreathing diving equipment instead of conventional compressed air scuba tanks, which his friend Tyler MacLeod said in a Wednesday interview with Entertainment Tonight Canada is “a very complicated system.”

Rebreathers recirculate the diver’s air by passing it through a scrubbing pad, which takes out the carbon dioxide. The devices have advantages, especially when filming wildlife, particularly the lack of bubbles to scare off fish. But they also pose more risk to a diver’s safety than conventional scuba tanks.

The Queen of Nassau is in 225 feet of water and MacLeod said that was a deeper dive than Stewart had done before.

“They were going deeper than he’s gone before,” MacLeod said in the ET interview. “Because in his eyes, it’s been getting harder and harder to find sharks, to get sharks.”

Divers with the Key Largo Volunteer Fire Department joined the search Wednesday morning. Sea Shepherd, whose leader, Paul Watson, was heavily featured in 2002’s Sharkwater, sent one if its Miami-based vessels to help in the search for Stewart.