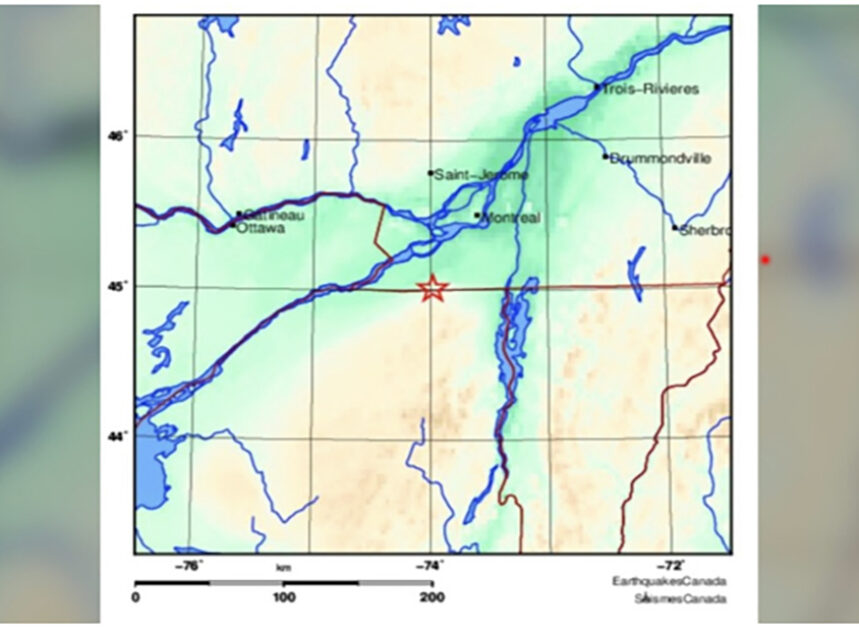 According to Earthquake Canada at 5:38 a.m. this morning a 3.6 magnitude earthquake rocked the south of Montreal.

People in Verdun, LaSalle, Pierrefonds-Roxboro boroughs and as far a Rigaud, said they were waken by a large bang and soft shaking.

Earthquake Canada stated there have been no reports of damage at this time and at this size of an earthquake none should be reported.

Earthquake Canada also says the largest earthquake recorded in this area was 5.8 magnitude and this happened September 16, 1732.

Is Montreal on a fault line?

The Western Quebec Seismic Zone is a seismically active area in the Ottawa Valley in Eastern Ontario and Western Quebec. The zone stretches from Montreal to Témiscaming and from Cornwall up along the Laurentian Mountains.