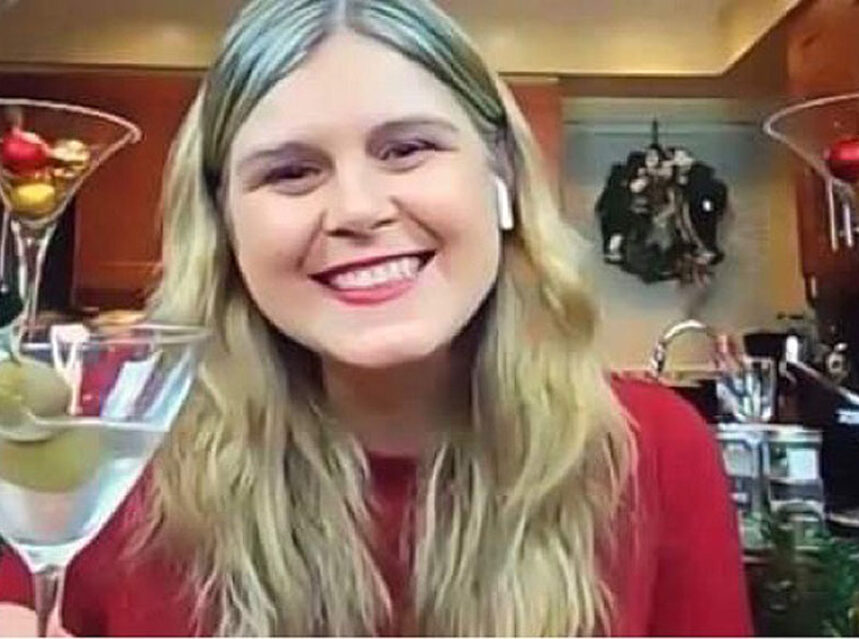 Learn ‘The Art of the Toast’ as described by Katherine Vellinga, CEO of Zirkova Vodka

Offering a toast to your guests is so much more than just clinking glasses and saying ‘cheers!’ That’s according to Katherine Vellinga, co-founder and CEO of Zirkova Vodka who embraces toasting ‘Ukrainian style’ and shows us how to take our toasting abilities to the next level.

“Toasting with vodka (and other beverages) is an art form and a way of gathering around the table and acknowledging the greatness of each person,” says Katherine Vellinga, the visionary of Zirkova Vodka, a Canadian brand crafted in Ukraine and available at LCBO outlets. “Vodka is very much a part of our Ukrainian culture and is all about gathering with friends and family as we celebrate our culture and keep our traditions alive in Canada. My grandfather would invite other families to celebrate with us and then offer a toast in his special way. Our tradition is to offer a toast to the host and then tell them how much we appreciate them, and then we would offer a message of what we wish for them, such as good health and prosperity. It can go on a bit!”

Vellinga’s story is a love story about two Canadian engineers who moved to Ukraine, discovered the birthplace of vodka, and decided to create their own signature vodka, so Ontarians could experience the quality and authenticity of what they had discovered there.

Vellinga was born in Canada and lives in Oakville with her husband John and their two children. Her grandparents were survivors of the Holodomor in which millions of Ukrainians were starved to death and were displaced people in Europe after WWII. They, along with her parents, came to Canada, seeking a better life. Vellinga’s journey involves twists and turns worthy of a movie.

As a University of Waterloo Systems Design Engineer, she pursued a career in manufacturing. But after the fall of the Soviet Union, she and her husband (also an engineer) decided to move to a newly independent Ukraine in the nineties. During a time of massive change, Vellinga seized the opportunity to make a difference and chose an entrepreneurial path. Together they co-founded a consulting firm in Kyiv, Ukraine, which after 20 years, is still one of the country’s leading firms.

But let’s get back to the booze. Says Vellinga, “The birthplace of vodka is in modern day Ukraine and we experienced authentic vodka culture and discovered a level of quality that astounded us while living there and decided we needed to share it with the rest of the world. In Ukraine, most people drink vodka straight, while in Canada, people prefer to mix vodka with ingredients to make cocktails such as a Caesar. We worked with our renowned Master Distiller to come up with two products: Zirkova One which is masterfully crafted to be sipped neat, and Zirkova Together which is designed to be mixed with other ingredients.”

Both are available at the LCBO.

“Zirkova means ‘stellar’ or, as Vellinga says, “with stars upon it’, which is how I think of it. What vodka is made of is of great importance. True vodka is made from grain or potatoes but the best vodkas, including ours, are made from the highest quality grain. To honour the way people like to drink vodka, we have created two different formulations each designed for an elevated experience, Zirkova One for those who like to drink vodka straight, in a Classic martini or with soda (spirits forward) and Zirkova Together for cocktails, which enhances the flavour of the mix. Both are ultra premium quality, quadruple distilled from the finest, “centre-cut”, rye and wheat spirits and blended with pure artesian water from a famous underground source discovered in the 1800s.”

“We use only classical methods with slow filtering through massive layers of birch charcoal and quartz –six times slower than most methods, which leaves the flavour intact and creates a vodka with nuances of flavour, plus depth and complexity. Vodka is meant to be flavourful, not tasteless,” says Vellinga.

Zirkova was founded as a purpose-driven brand that aligns with Vellinga’s fervour and mission to make a difference. “We say ‘Be Yourself, Mix Well With Others’ and have helped raise over $400,000 for numerous human rights and charitable organizations in Ontario by donating numerous one-of-a-kind auction items and other donations.”

Vellinga’s passion for her product is evident in her voice as she insisted that I try a sample (of course I couldn’t say no). She is right in her description of Zirkova One—in a classic martini, it has a velvety rich feel that’s delicate on the tongue and yet complex at the same time, with a long finish. James Bond would certainly give a nod to this martini!

For my taste trial, I mixed Zirkova Together with cranberry juice and ice for a holiday-inspired cocktail. Somehow the cranberry juice springs to life and tastes more delicious than usual. The vodka seems to enhance and elevate the drink to make your tastebuds sing with delight. It’s remarkably smooth and delicious and soon calls for another! The bottles are gorgeous—a nod to art deco and would make a great holiday gift.

When hosting a guest, Vellinga says it’s important to ask a guest how they like to enjoy their vodka (neat or mixed) and then create a special drink just for them.

“If you like your vodka straight, I will make a classic martini but if you prefer a mixed cocktail, I suggest a Caesar or my holiday favourites, the Mistletoe Mule or Peppermint Bark. What is most important as we are just emerging from lockdowns and months of staying apart, is that when we do gather, we lock eyes and toast our host and each other by telling them how special they are to us and telling them what we wish for them now and in the New Year.”

Countries around the world have their own special term to offer a toast. In Scotland, the Irish Gaelic term Sláinte is used, while in Germany you will hear the term Prost, while the Spanish say Salud, and the French use the term Sante or Salut.

“Instead of Cheers, we use the Ukrainian term Na Zdorovya (to your health), and the newer version is Budmo meaning Let’s Just Be,” adds Vellinga. “It’s about honouring friendships while being real and true to yourself, while our traditional Ukrainian toast is about honouring each person at the table with a special message.”

Katherine Vellinga proudly shares some of her favourite Zirkova Vodka recipes for the holidays below, including her favourite Mistletoe Mule, Peppermint Bark recipes.