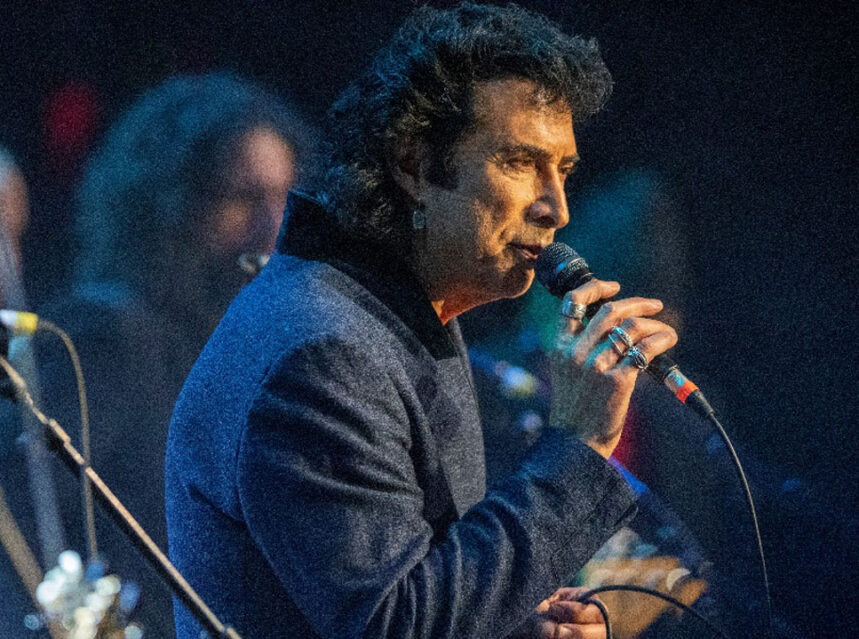 Such disparate stars as Billy Talent, Ron Sexsmith, The Sheepdogs, Alex Lifeson, Sloan, and Jully Black will appear at Massey Hall on Wednesday, December 8 for the annual Andy Kim Christmas Show, with all proceeds going to CAMH Gifts of Light.

Now into its 17th year, this festive variety show has raised over $2 million in support of CAMH and numerous other local charities, while becoming a Toronto tradition watched coast to coast on TV.

Kim’s storied career has been highlighted by five JUNO awards, international hits like Baby I Love You and Rock Me Gently, 30 million records sold, and a place in Canada’s Music Walk Of Fame.

“(But) you know, this beats all of the gold records, all the stuff that’s ephemeral. This was an unexpected and wonderful honour,” says the Montreal native, and long-time Toronto resident. “I wish everybody could celebrate it with me – from Year 1 to this year, the artists that make this work and keep it alive.”

“It’s that time of year. It’s exciting,” he says. “I just love this season, and I love the way all the artists show up. It’s just an incredible feeling of community.”

After being presented at the Queen Elizabeth Theatre for the past four years, the Andy Kim Christmas Show now moves to the historic Massey Hall, fresh off a $184-million makeover. It’s presented in conjunction with Live Nation Canada.

Kim was given a walk-through when there was still sawdust on the floor, and was there for the recent Gordon Lightfoot show, marking its’ reopening. While impressed with the many improvements, he says, “the important thing to me was the sound.”

“The beauty of Massey Hall has always been the acoustics,” he offers.

“I have not played there. I’m nervous and excited.”

Massey Hall president and CEO Jesse Kumagai deems it “an honour” to host this Canadian music legend, and his fundraiser which has become “an institution”.

“It’s an inspiring demonstration of music’s power to bring people together and better our community,” he says. “We can’t wait for December 8.”

Since his boyhood days, Kim always felt strongly about having a sense of community. And when he began racking up hits in the late Sixties, he would visit children in hospitals and orphanages, guitar in hand.

He feels mental health needs to be talked about openly.

“I just love being part of CAMH. I’ve got friends through the years that have battled depression, some early on in my career. They wasted away,” he comments. “It’s sad, and harmful to society when somebody takes their own life. I know the heartache that goes into wanting to do that.”

Tickets to the Andy Kim Christmas Show are available at MasseyHall.com for $37.50 to $97.50 (including HST), plus services charges.