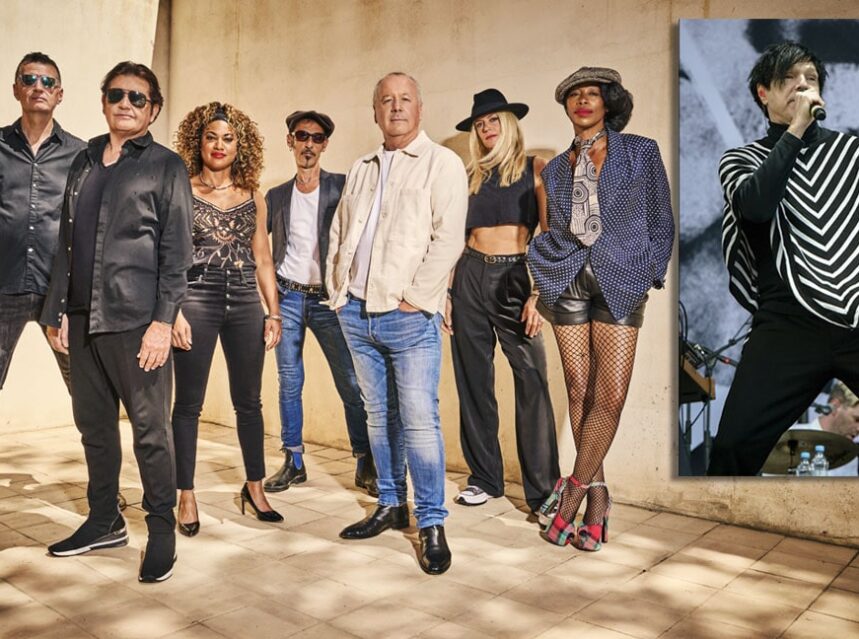 TORONTO, Dec. 9, 2022 – Today, iconic Scottish 80’s rockers Simple Minds release a new mix as well as an acoustic version of ‘Traffic’, the third single to be taken from their outstanding eighteenth studio album Direction Of The Heart released late October via BMG. The new single also features a guest vocal performance from another iconic ’80s artist, Russell Mael of Sparks.

Stream/Download Direction Of The Heart HERE

Written by the band’s original members, Jim Kerr and Charlie Burchill, ‘Traffic’ is a spangly hand-jive bop through the days of the week, inspired by JG Ballard and with a vocal cameo from Russell Mael of Sparks.

“There’s a real pop element to it, which as we get older, we’re not scared to embrace,” says Burchill. Kerr notes the song had been germinating for 10 years without taking root. “I ended up writing about a game called ‘Human Traffic’, where people get so immersed, they can no longer tell the difference between reality and *the thing*. And to bring some laughing gas to the song, we asked Russell Mael to sing on it. It’s almost a cartoon song. One of the best on the record.”

Direction Of The Hearthttps://totimes.ca/british-new-wave-icons-simple-minds-just-released-18th-studio-album/ is Simple Minds’ first album of new material since 2018’s outstanding UK Top 5 album Walk Between Worlds. Throughout its nine tracks the album finds the band at their most confident, anthemic best on an inspired celebration of life.

Direction Of The Heart’s predominant mood is simultaneously reflective and euphoric, framing the personal in a universal context: qualities intrinsic to all the great Simple Minds records of the past, now recalibrating the band for its next era. Its concise nine-track album manages to perfectly encapsulate the essence of past and present Simple Minds, a band whose reascent over the past 10 years has seen them, once again, capture the magic and critical praise of their early days.

Based on Keith Cameron’s album biography, available on request.

Direction Of The Heart is available on CD, Deluxe CD with two extra tracks and a hardback book, vinyl including coloured vinyl, and cassette.