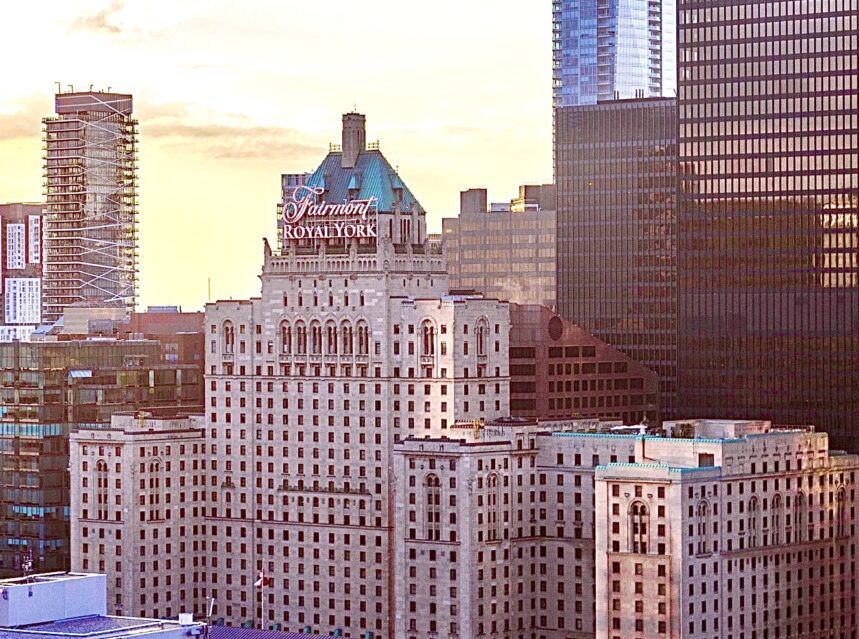 Players from 12 NHL teams have arrived in Toronto. Some of them could be here for just a week. Some of them could be stuck in their COVID-19 bubbles for months. So what will they have access to between games in terms of relaxation and recreation? Let’s just say the league is trying to minimize any and all temptation to leave the bubble.

“Protecting the sanctity of the protective zone, the hub, the bubble, is most and vitally important to ensure that everybody’s health and well-being is taken care of,” says NHL Commissioner Gary Bettman. “Leaving the bubble is just not something we can tolerate.”

BMO Field, home of Toronto FC, has been transformed into a giant playground for NHL players complete with games, dining options and a place to watch the Stanley Cup Playoffs.

Teams staying at The Royal York hotel can take a shuttle bus to BMO Field, whereas players staying in the very posh Hotel X are just a short walk away across Exhibition Place grounds.

Also for guests at The Royal York, a private pathway using barricades in the PATH system will allow players to travel directly from the hotel to Scotiabank Arena without leaving the bubble or encountering members of the public.

Despite bubble life, there won’t be any shortage of dining options for the players including 14 restaurants, bars and coffee shops.

“We’re creating, for instance, pop-up restaurants that will feature local chefs,” said Steve Mayer, NHL chief content officer and senior executive VP of events and entertainment. “The food will be diverse: everything from steak to vegan, from tacos to Tim Hortons, giving our players quite a variety. And our restaurants are open from the beginning in the morning all the way to late night.”

If there are any special requests, a concierge service is standing by ready to fetch the players anything they desire from fast food to toiletries to video games and pretty much anything else you can imagine.

Edmonton wooed the NHL with video of majestic peaks of the nearby Rocky Mountains and apparently players will get a chance to see those natural wonders during specially organized team trips. Here in Toronto, all indications are that no one will be allowed to leave the bubble.