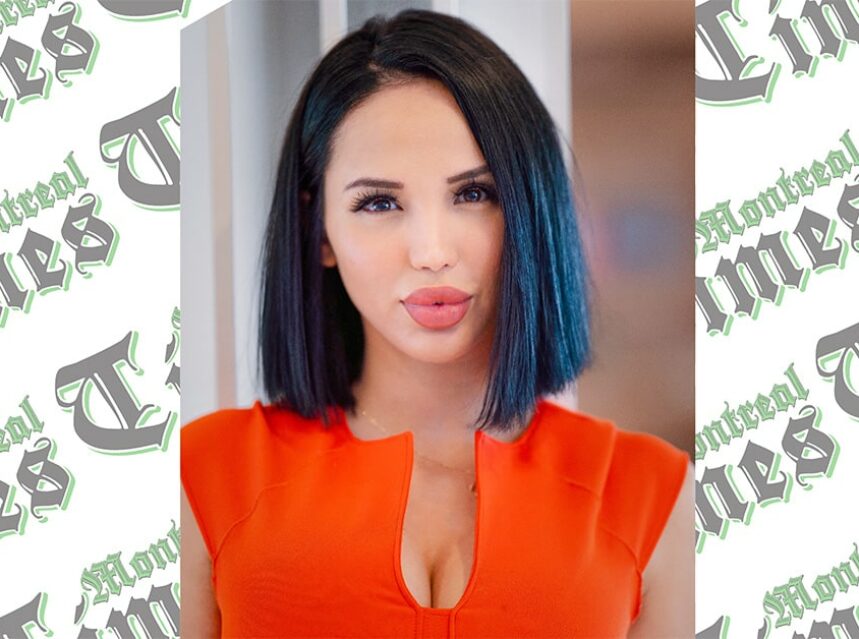 Nissia – When one is as dynamic, beautiful and talented —and on the verge of a pop culture takeover— as Montreal’s Nissia, one name is really enough.

Think Oprah, but contemporary; a powerful, successful businesswoman comes home from Toronto with ambitions to conquer contemporary talk-show broadcasting much the way her mononymous predecessor famously did years ago.

The Montreal native, cleverly handled @missconcrete on Instagram—a play on the rose-from-the-concrete analogy, apt for a woman with humble French-Canadian beginnings—is ready to step into the spotlight.

Following a plethora of offers to bring her vision—a magazine style interview/entertainment program—to traditional television, Miss Concrete looked to the movement of social media influencers and cultural trendsetters and took her business to YouTube.

“I’m very excited for this opportunity” Nissia explains.  “If I’m honest, it’s been a dream of mine since I was thirteen years old.  It hasn’t been easy to get out there and prepare for a venture like this—the era of YouTube exclusive programming is just beginning.  Admittedly, it would have been easier to follow the tried-and-true Television format; but if I’m going to honour and represent what’s next, the internet is really the only platform to convey my message.”

The decision to leap into a new role, while calculated, hasn’t been easy.

Nissia spent the past five years in Toronto

Nissia has spent the past five years in Toronto, a successful businesswoman with ties to entertainers, celebrities, influencers and athletes.  She found herself in a new city, rubbing elbows with the movers-and-shakers of the business and entertainment world. Her stock in her adopted home rose quickly, leading to an empire of business connections, endeavors and influence.

Many people in her position could be forgiven for continuing to thrive in such an arena—for Miss Concrete, however—comfortability equaled complacency.

“Transitioning in front of the camera is intimidating” she admits, “but any modicum of success I attained in the business world stemmed from the willingness to take chances. It would be a disservice to that thirteen-year-old, shy French girl to not follow my passions.”

Leveraging an army of established, famous friends and colleagues, Nissia plans on bringing her dynamic personality to a fresh platform.  “I want to tackle everything that appeals to a young, professional audience.  I’m passionate about women’s issues and activism—beauty and glamour and culinary arts—a spectrum of topics and issues that are now and relevant and fun. My contacts in the sports and entertainment world are all in for appearances…we’re going to have a variety of prominent personalities interviewed on the program.”

This approach extends to the very platform itself.

“Influencers are no longer waiting to be discovered by traditional mediums…they’re out there making it happen on their own.  My business mind sees this opportunity and thinks of ways to elevate the content to a global audience.”

Having heavily researched the business plan for the past three years, Miss Concrete is firmly set for a fall launch, with pre-production having begun in Toronto. Involved in all aspects of the platform—from the selection of the camera crew to the tabling of topics to be covered, this bilingual magnate is leaning heavily on past influences.

“Subtitled and timely and considerate” Nissia explains when asked if the broadcast will be available to both her French and English-speaking fans.

“I’m a proud Montreal/Toronto girl, and I wouldn’t have it any other way.”

Clearly, Canada’s next pop culture phenom is much more than an astonishingly pretty face.