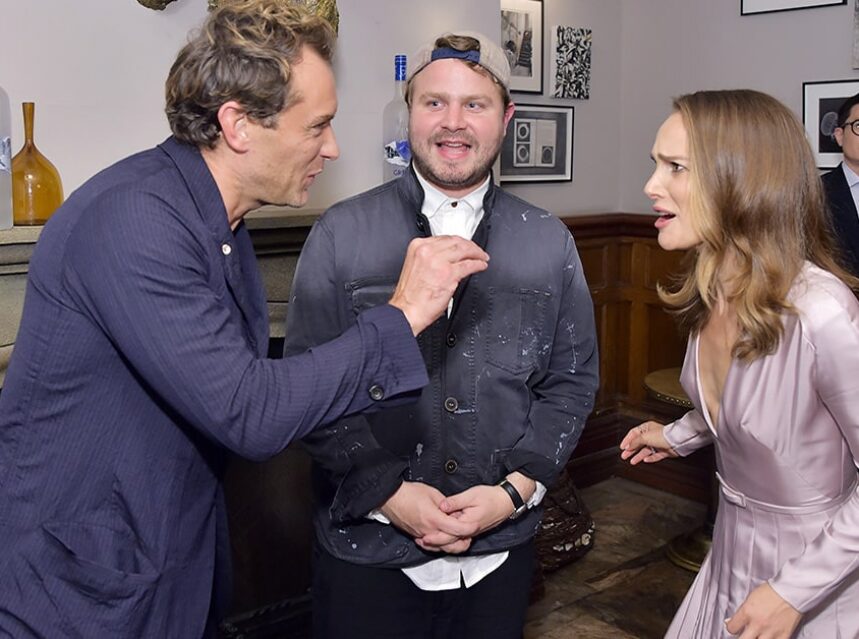 Premiere of Vox Lux – Grey Goose® vodka and Soho House Toronto hosted a late-afternoon cocktail party for the North American premiere of Vox Lux, the second directorial feature from actor-director Brady Corbet. The film, set in the 21st century, centres around an aspiring pop star who rises to success through unusual circumstances

Soho House and French luxury brand Grey Goose vodka have co-hosted a series of film premiere events for the most buzz-worthy titles for ten concurrent years during the Toronto International Film Festival, as part of their ongoing support of the industry.

About Grey Goose Vodka – Every aspect of the creation of Grey Goose is focused on crafting vodka of unmatched quality. The creation of Grey Goose begins with the very best ingredients from France – soft winter wheat from the Picardy region, the breadbasket of France and spring water from Gensac-La-Pallue, which is naturally filtered through limestone. A unique distillation process brings out the naturally superior characteristics of these ingredients. From field-to-bottle, the expertise of the Grey Goose Cellar Master, François Thibault, ensures an unparalleled smoothness and exceptional taste to the connoisseur palate. www.GreyGoose.com

About Soho House & Co – Established in 1995 by Founder and CEO Nick Jones, Soho House originated as a private members’ club for those in the film, media, and creative industries. The group has gradually expanded to include 22 Houses globally, as well as restaurants, cinemas, workspaces, spas and bedrooms. Each House is designed for the city and neighborhood it’s in, but all share the same ethos; to create a comfortable home from home for a community of like-minded creative people, wherever they are.