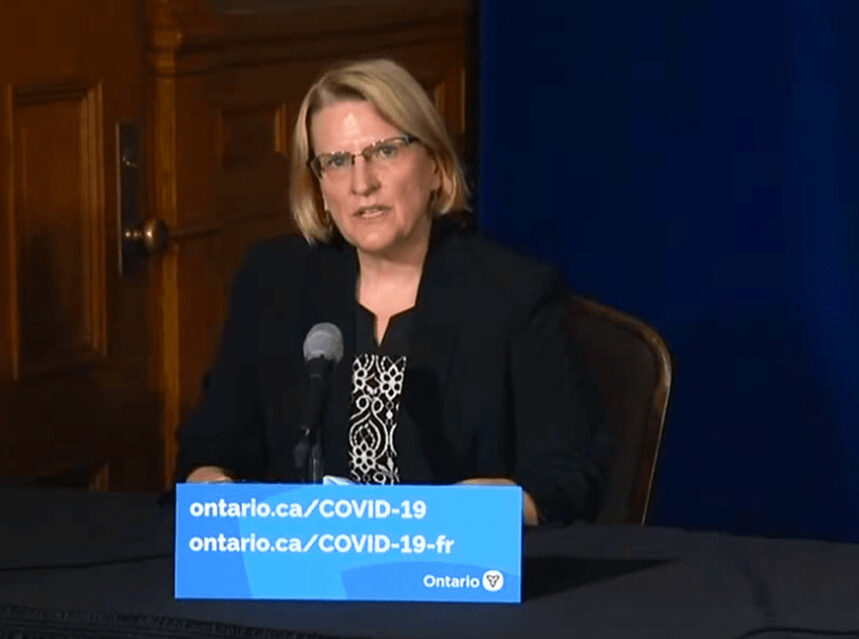 In a statement Saturday, Ontario’s Solicitor General, Sylvia Jones said officers will no longer have the right to stop any pedestrian or vehicle to ask why they are out or request their home address.

This announcement comes after the Ford government initially said on Friday that police could in fact stop people at random and question why they are not at home and also ask where they live as part of the province’s “enhanced” COVID-19 stay-at-home order.

The Solicitor General announced the adjustment of the orders on Saturday saying that, “If a police officer or other provincial offences officer has reason to suspect that you are participating in an organized public event or social gathering, they may require you to provide information to ensure you are complying with restrictions,” Jones said.

“Every individual who is required to provide a police officer or other provincial offences officer with information shall promptly comply,” added Jones. “That is why we provided police services with the additional temporary authority to enforce the stay-at-home order by putting a stop to gatherings and crowds,” said Jones in the statement.

The price for refusing to comply with an enforcement officer is $750.

The initial announcement that police and provincial offence officers were being given the authority to conduct random checks was met with a great deal of social media pushback from as many as 50 police services across the province.

In addition, flags were raised by the Canadian Civil Liberties Association and several Mayors including Toronto Mayor John Tory. “I am very concerned about arbitrary stops of people by police at any time and I will be reviewing the regulations extremely carefully and discussing them with the Medical Officer of Health and the Toronto Police Chief,” said Mayor Tory.

“Blanket powers for police to stop vehicles like this bends our constitutional freedoms too far and will cause a rash of racial profiling,” said Michael Bryant, executive director of the Canadian Civil Liberties Association, who was also threatening to go court against the new provincial regulations.

Upon hearing that the province has softened its stance on police checks, the CCLA released a statement to say they are putting their legal challenge “on pause.”

“The new order rationalizes and narrows the unconstitutional Friday standard. The new standard is also tied to a public health objective, and avoids arbitrary detention.”

Bryant also reassured Ontarians that the revision to the order “means people should return to being as free as they were before this happened.” The CCLA also reaffirmed that it will continue its fight against “racial profiling, police bias and discrimination.”

The revised order also follows Premier Doug Ford’s statement from earlier in the day that the province has reversed the decision to close playgrounds under the new restrictions announced Friday.