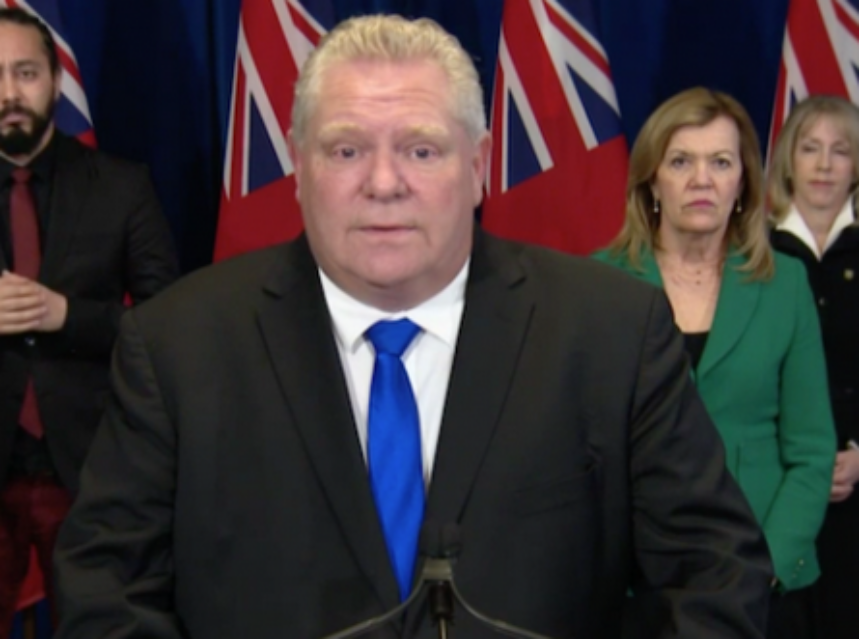 TORONTO, ON., May 29, 2020 — Today, the Ontario government announced that it is planning to hugely expand COVID-19 testing over the next few weeks to include all identifiable high -risk groups. implementing the next phase of its COVID-19 testing by making it available to more people in more locations across the province.

At this point though there is still no plan in place to screen widely for just anybody who thinks they may have already had the virus without knowing.

Ontario is expanding who gets tested to now include asymptomatic individuals concerned about exposure and continued routine symptomatic testing at assessment centres in neighbourhood hotspots. In the GTA this will include 3 centres in Scarborough.

The province says it will be detecting and containing cases by expanding asymptomatic surveillance for vulnerable populations, including in long-term care homes and other shared living spaces like shelters and group homes, as well as targeted testing of workplaces in priority sectors which work with priority populations and where it may be difficult to physically distance.

The testing could include workplaces such as large manufacturers, the construction and agriculture industries. Also, hospital in-patients awaiting surgery or other forms of treatment may be tested along with all other forms of congregate residential settings not targeted previously, including First Nations communities.

Ontario says it will be conducting increased testing to ensure rapid and agile response capacity for outbreak management, including in specific neighbourhoods and regions or at hospitals, institutions and workplaces.

This past week, some first-responders and LCBO employees have been told to to undergo testing. Additionally staff at hospitals, certain correctional facilities and workers at various congregate residential settings have also been ordered to get tested.

“Ontario now has the most open and robust testing criteria in the entire country. In fact, anyone who feels they need a test will be able to get a test,” said Premier Ford. “We can’t manage what we can’t measure, and our newly expanded testing strategy is our best defence against stopping the spread of COVID-19 as we gradually and safely reopen the province. More proactive testing will give employers and their employees confidence as they return to work and will fortify our alert system for any potential surge in new cases.”

Together, the plan is that these three branches of testing will support Ontario regions’ extensive efforts to reduce the rate of transmission, also known as instantaneous reproduction number, or Rt.

Meanwhile on Friday the province says it conducted 18,525 tests the previous day and over 17,000 on Wednesday, so Ontario’s test numbers have clearly increased again well above their goal of 16,000 tests per day. Most recent test results see the province reporting 344 new COVID-19 cases today.

The province says in order to enable increased access to routine symptomatic testing, people will no longer need a referral to go to any of the more than 130 assessment centres across Ontario. Information about the assessment centres is now easily accessible on Ontario’s dedicated COVID-19 website.

“The significant expansion of testing of symptomatic and asymptomatic individuals will go hand in hand with public health units’ ongoing contact tracing and case management efforts to stop the spread of the virus and keep our families and our communities safe,” said Minister Elliott. “I just want to caution people, although your test may be negative, you must continue to practise physical distancing, wear a face covering when physical distancing is a challenge, and wash your hands regularly. These simple actions will help keep everyone safe and healthy.”

Ontario will also expand proactive surveillance testing to detect outbreaks and more actively monitor any spread among our most vulnerable populations in hospitals, long-term care homes, group homes, shelters, emergency child care centres, correctional facilities and other shared living spaces. This will include testing of symptomatic and asymptomatic residents and frontline staff in long-term care and retirement homes, as well as those working with priority populations, including first responders, essential workers and other workplaces as the economy gradually reopens.

Moving forward, the province expects that private-sector workplace testing will leverage private and public resources as the government works with private-sector employers to develop the appropriate models for each sector and workplace. Further proactive surveillance testing will also be conducted in rural, remote and Indigenous communities.

Mobile testing units to be deployed in neighbourhood hotspots

In response to a declaration of an outbreak in a specific neighbourhood, region, institution or workplace, the province says it is also developing agile testing resources, such as pop-up testing teams, that can be rapidly deployed to communities across Ontario to enhance existing outbreak management.

“We’re getting mobile testing teams up and running – these mobile teams will be rapidly deployed to any hotspots in Ontario – to deal with outbreaks,” Premier Doug Ford said.

The Government of Ontario says it will also soon release a renewed strategy to support public health units with case management and contact tracing, including launching a new exposure notification app that will alert Ontarians when they may have been exposed to COVID-19 and would recommend appropriate actions, such as monitoring for symptoms, self-isolation and/or appropriate next steps on getting tested.

Today Ontario reported 344 new cases after earlier this week when the province reported fewer than 300 cases on two straight days. But yesterday the numbers jumped back up as 384 new cases were reported. Sadly, today, the province also reported 41 more deaths which also represents highest number of deaths reported over the past seven days and increases Ontario’s total COVID-19 death toll to 2,230, along with 27,210 confirmed cases.