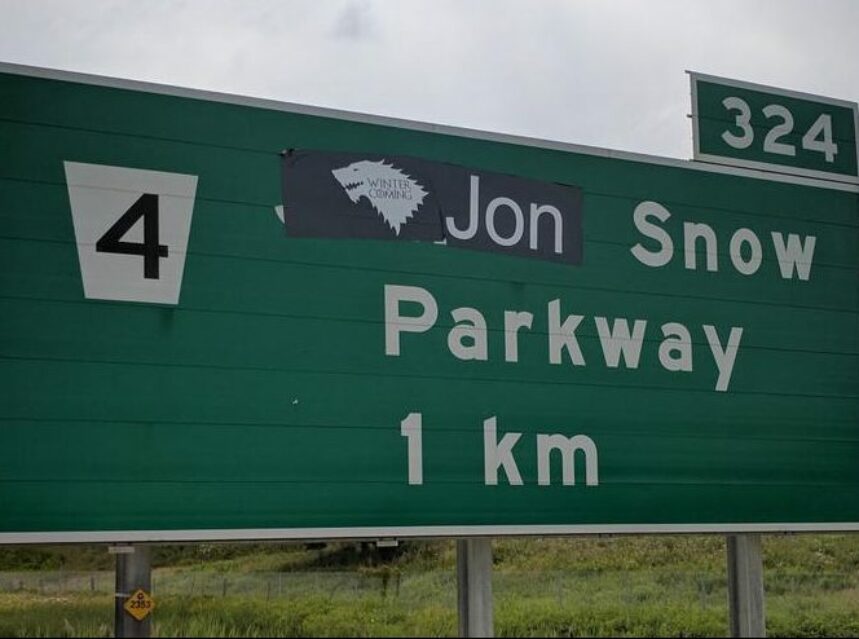 If you’re a fan of Game Of Thrones, you probably would have loved to be driving on the Highway 401 in Milton, Ontario yesterday. Those travelling on the eastbound lanes of the highway on Friday morning saw the name of the ‘James Snow Parkway’ exit sign changed to the ‘Jon Snow Parkway.’

The James Snow Parkway is named after an Ontario politician who served as a Conservative MPP for the area from 1967 to 1985. But as a prank, the name ‘James’ on the sign was replaced with ‘Jon’, in reference to a character on Game of Thrones, the HBO series.

A spokeswoman for Ontario’s Ministry of Transportation says the sign was vandalized sometime early in the morning.

The sign was back to normal by about 11:45 a.m. Friday and provincial police, who were notified about the incident, will continue to monitor the area.

News of the sign’s name change made a lot of people excited.

Did you catch a glimpse of the name change?